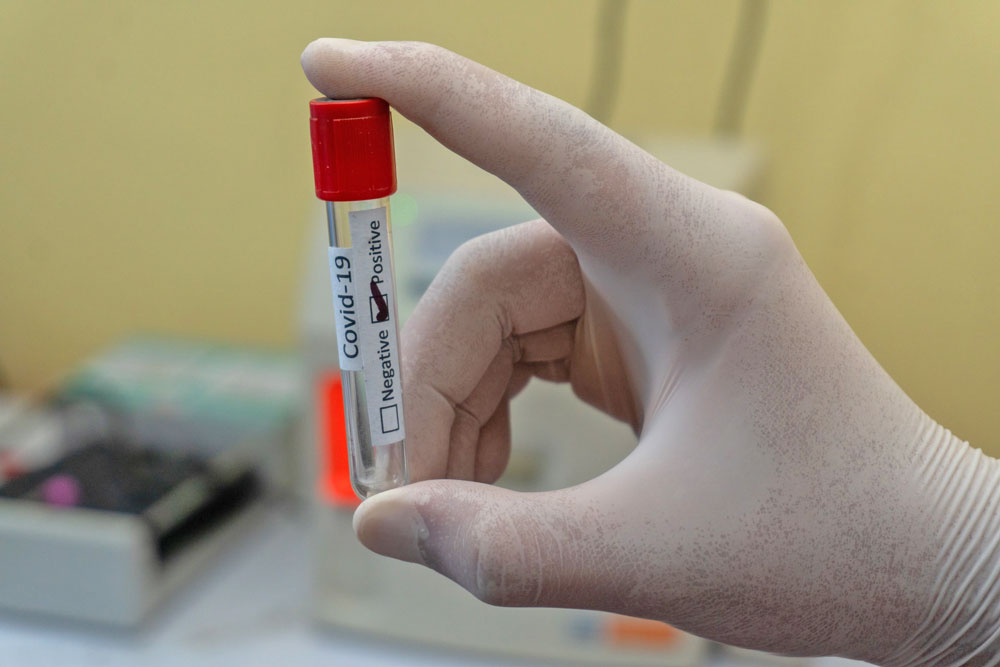 WELLINGTON COUNTY – Motivating the push from Wellington-Dufferin-Guelph Public Health (WDGPH) to get second vaccine doses into arms is the Delta variant.

It’s now the dominate strain of COVID-19 across the WDGPH region, according to associate medical officer of health Dr. Matthew Tenenbaum, who called the strain a “big problem.”

“We have been trying to get vaccine doses out faster than the Delta,” Tenenbaum said in an interview with the Advertiser.

“Some people refer to it as the ‘race between the variant and the vaccine’ and there’s some truth in that idea.”

Whereas the Alpha variant (a COVID-19 mutation originally identified in the UK) was the big scare when it first emerged in December, Delta has proven to be feistier, displacing other variants of concern (VOC), including Beta and Gamma.

“We as humans are the ecosystem for COVID and some versions … can out-compete for hosts compared to other forms,” Tenenbaum explained of Delta, originally identified in India in December.

On June 11, a day after the province declared the WDGPH region a COVID-19 “hotspot” due to the presence of Delta, the Advertiser reported five Delta cases in the region based off once readily available data on WDGPH’s public dashboard.

Finding out exactly how many active cases of Delta there are today is not so easy, after detailed VOC stats dropped from the dashboard. And trying to understand how many cases of the variant have been in the region throughout the pandemic is also a “very difficult question to answer,” according to Tenenbaum, because not all positive COVID-19 tests have gone for whole-genome sequencing.

Labs testing virus samples that  have already returned positive for COVID-19 have two ways of diving deeper into the minutia of the virus: whole-genome sequencing or a faster polymerase chain reaction (PCR) method.

Whole-genome sequencing provides the most accurate and comprehensive analysis, examining the entire genetic structure of the virus, but results can take weeks to make it back to a health unit.

With the second method, labs look for the presence or absence of two mutations: N501Y and E484K—corresponding to locations on the virus’ genome where the mutations occur. 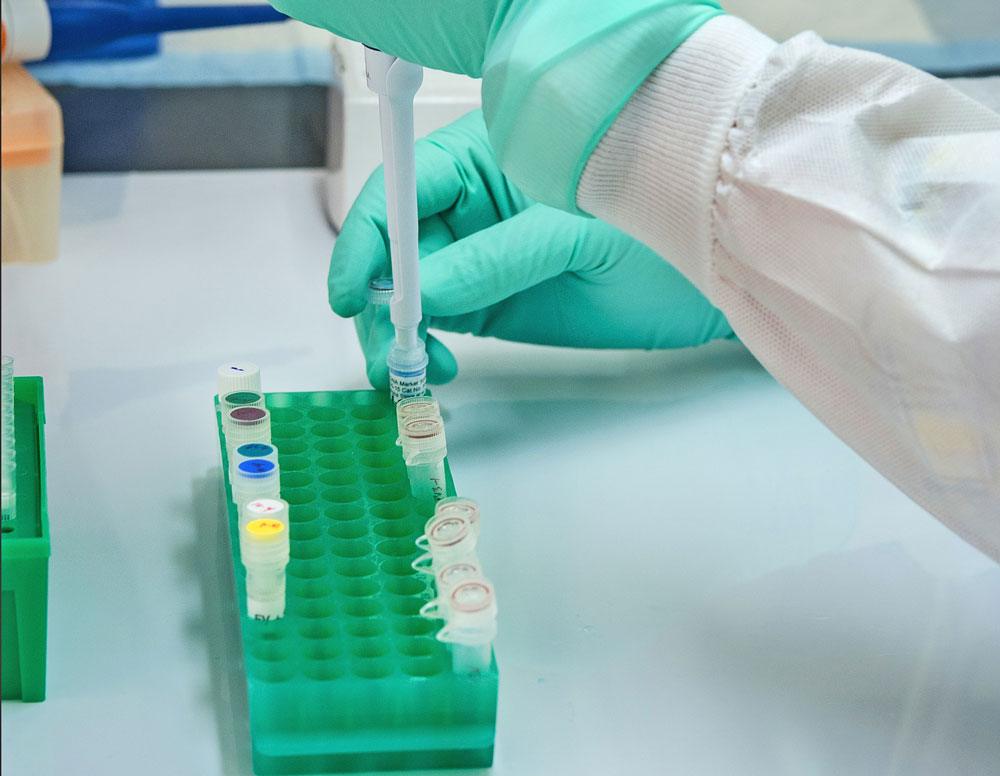 “Essentially if you had a result that was positive on N501Y and negative on E484K that was highly suggestive of it being Alpha … if it was positive on both of those then it could be either Beta or Gamma,” Tenenbaum explained, adding the PCR method was faster and easier handled at scale compared to full sequencing.

Limited provincial testing resources and eligibility criteria for samples forced the health unit to make judgement calls on what positive COVID samples to send for sequencing, prioritizing outbreaks, foreign travellers and those who became infected after being fully vaccinated, for example.

Only 10 per cent of positive COVID samples were being fully sequenced in May, later increasing in June to 50%, according to PHO.

The agency has since expanded its criteria as of June 14, allowing for 100% of “eligible positive COVID-19 samples” to be fully sequenced.

Previously, some positive COVID-19 samples would be sent for a PCR test to see if a VOC mutation was present.

Tests returning positive for VOCs rose beyond the ones which weren’t, meaning the variants had become dominant.

But Delta introduced a twist, turning up negative as a VOC with a PCR test. As Delta became more dominant, the number of tests coming back negative for VOCs increased.

“As we saw the proportion of cases that came back negative go up, that tells us that something’s driving it and Delta is probably that something,” Tenenbaum said, adding the variant contains different mutations than other VOCs.

“Delta [has] posed a few challenges for us, and that’s one of them.”

The only cases truly verified to be Delta in the WDGPH region are those with full sequencing, but the health unit counts negative PCR testing for a VOC as Delta cases, combining the data for its “best estimate” of how many residents are assumed to be infected with a Delta variant.

“It’s not an exact figure,” Tenenbaum said. “I think in a perfect world, we would have had whole genome sequence results on every single case from day one of the pandemic.”

Tenenbaum also blamed patchy information on inconsistency in case information between the Ontario Lab Information System (OLIS) – where COVID-19 test results are logged – and the health unit’s contact tracing and case management system, which pulls data from OLIS, calling it “unsatisfying” and “messy.”

Daily PHO data shows there have been 3,057 Delta cases confirmed with genetic analysis across the province up to July 13, with 105 of those cases attributed to the WDGPH region, working out to 1.27% of the 8,266 total confirmed COVID-19 cases in the region.

According to a detailed response by email from WDGPH spokesperson Danny Williamson, the health unit believes­ – “based on the best available evidence” – there have actually been 251 Delta cases within the region as of July 12.

Between July 6 and 12, the health unit estimates the Delta variant made up 72.2% of local COVID-19 cases.

Regardless of the amount of Delta circulating through the region, Tenenbaum says the health unit’s approach remains the same: more vaccinations are needed.

“We are very much aware that if we don’t have adequate immunization, Delta can drive up our case rates,” Tenenbaum said. 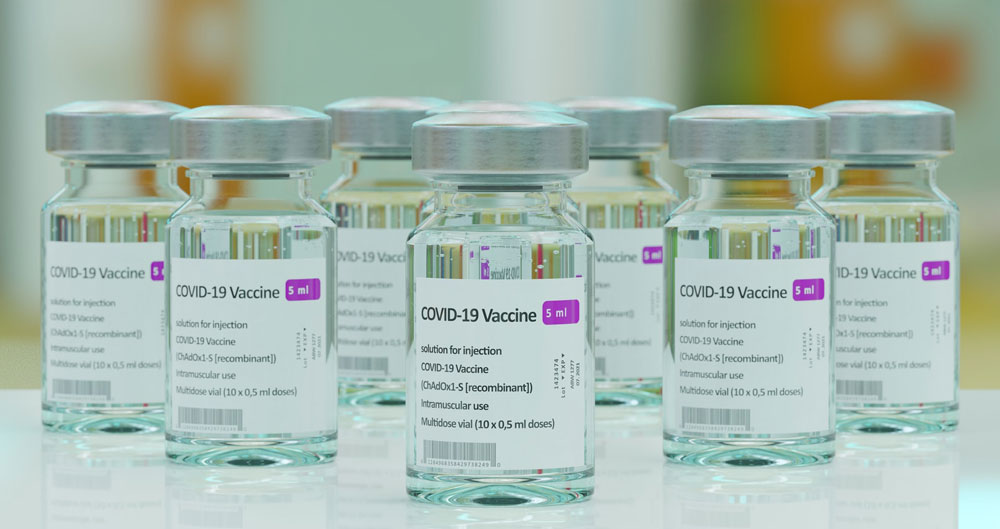 “The first dose of the authorized COVID-19 vaccines has been shown to offer at least short-term protection against confirmed COVID-19 disease. For mRNA vaccines, the highest efficacy is seen after the second dose is administered,” states a July 2 report from the National Advisory Committee on Immunization on the use of COVID-19 vaccines. Unsplash stock image

The discussion about  vaccine efficacy mostly surrounds a vaccine’s ability to prevent what Tenenbaum refers to as “symptomatic illness,” but he said there’s still “really high protection” against death and hospitalization.

A July 2 National Advisory Committee on Immunization report states, “emerging evidence” suggests Pfizer and AstraZeneca are around 33% effective against acquiring Delta with a first dose, with Pfizer having 88% efficacy after a second dose, and AstraZeneca having nearly 60%.

Currently available vaccines, jabbed into at least 213,268 residents, contain a piece of gene from an older form of COVID, Tenenbaum said, going on to say though the vaccines are imperfect, they’re still a close match to the newer variants.

“So even if it doesn’t offer full protection against illness, it seems like your likelihood of getting severely ill is still significantly diminished,” he said.

Tenenbaum advocates for a cautious reopening with decisions framed in the context of Delta’s growing presence.

“Knowing that Delta is becoming our dominant strain means we have to be very responsive,” he said.