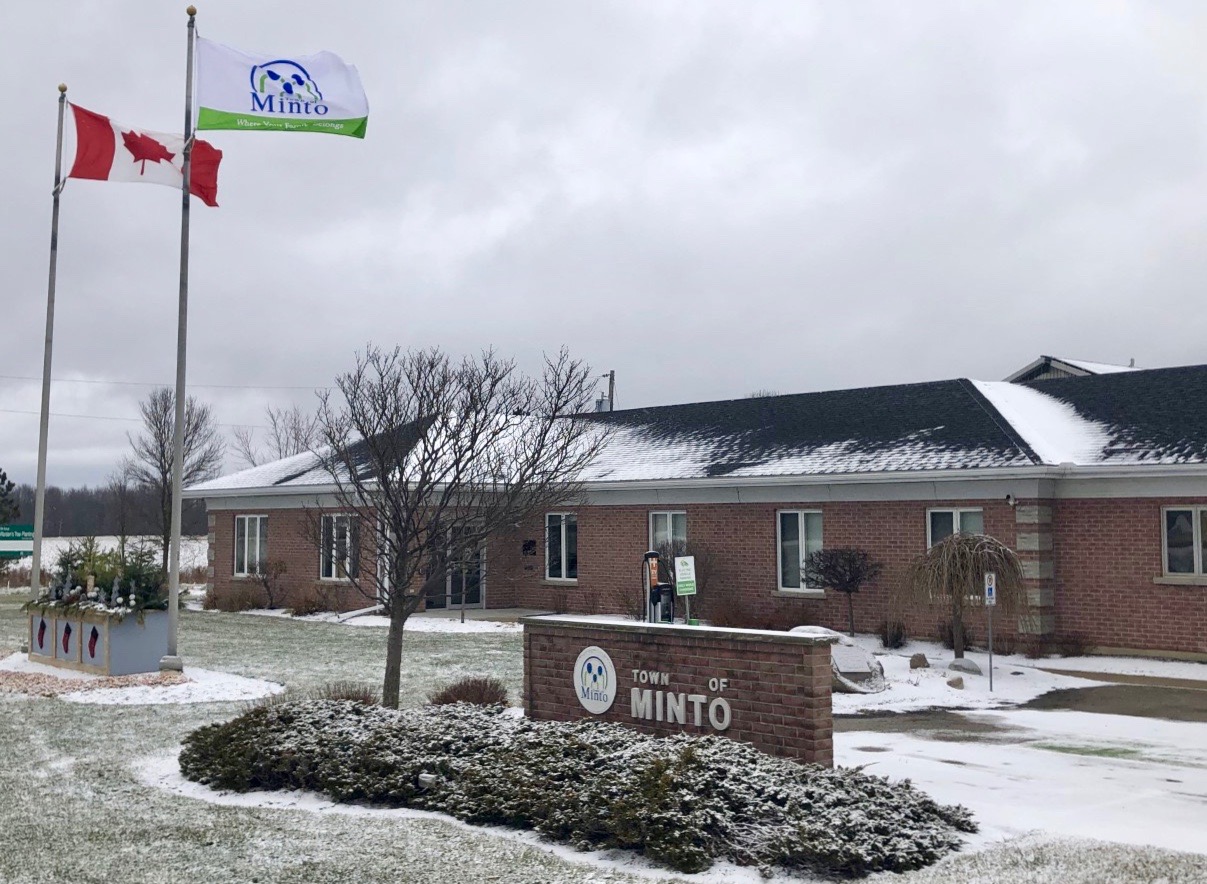 HARRISTON – Minto council has approved a zoning amendment to allow an 18-unit townhouse development at the north end of King and Queen Streets here.

Council passed a bylaw to approve rezoning of a portion of part of Lots 84 and 85, Concession C, during the regular council session following a public meeting, held via video-conference on Jan. 19.

While several residents objected to the proposal during the public meeting, planning consultant Astrid Clos said Mex Developments is proposing single-storey bungalow units “which are appropriate intensification within this neighbourhood.”

She noted the residences will be rental units geared to seniors and retirees.

Clos noted a works yard, owned by the Ontario Ministry of Transportation and operated by a private contractor, is located north of the subject property, which generates considerable “noise and bright light.”

She said a noise wall is planned to mitigate the situation.

“This noise wall and the townhouse units themselves will work as a buffer between the works yard and the homes located to the south of the subject property to reduce both the noise and the light from the works yard property,” she explained.

She said the developer was planning to give neighbouring property owners small amounts of land bordering the development in cases where structures, such as decks, encroach on the property.

“The owner has ensured that this site has been carefully designed to be very sensitive to the neighbours by including a noise wall … providing a buffer consisting of trees, shrubs and a fence to the satisfaction of the town between the proposed townhouses and the neighbours to the south, meeting and surpassing the zoning setback and parking requirements, limiting the height of the townhouses … and proposing to give land to the neighbours so that they do not have to move items that have been built on his property,” Clos stated.

A report from Wellington County senior planner Michelle Innocente indicates planning staff have no concern with the application, as the development is consistent with the provincial policy, and meets the criteria of the county’s Official Plan.

“We found that the application is in accordance with the residential policies,” said Innocente.

“I’m suddenly going from looking at trees to four back yards which is quite a large change to us,” he noted.

Another neighbouring resident, Dean Campbell, said, “One of my biggest concerns is that this development does not suit the area. It does not fit in with the neighbourhood.

In a letter to council Campbell stated, “I have contacted several real estate agents in the Wellington County area and presented details of the development. The conclusion was a development such as that would have a negative effect on the houses in the area.

“Not drastic, but at today’s home prices a three to four per cent reduction quickly adds up to $10,000-plus.”

Several residents expressed concern the development, which will involve creation of a new street joining King and Queen, will lead to additional traffic in the neighbourhood.

Mayor George Bridge noted many of the concerns raised at the meeting would be addressed during the site plan control process.

“This is a development that’s certainly needed,” said Bridge.

“I’m really happy with how this development has come forward and I think it will be a big boon to Harriston, especially for allowing seniors to stay and not have to move out of town if they’ve been here all their lives.”

Jerry Roubos, of Mex Developments said, “We’ve given this property a lot of thought and were pretty proud of what we came up with.

“It offers, once the site is established, some privacy to the residents who live there. I think we’re going to establish a bit of a community for the people who live there.”