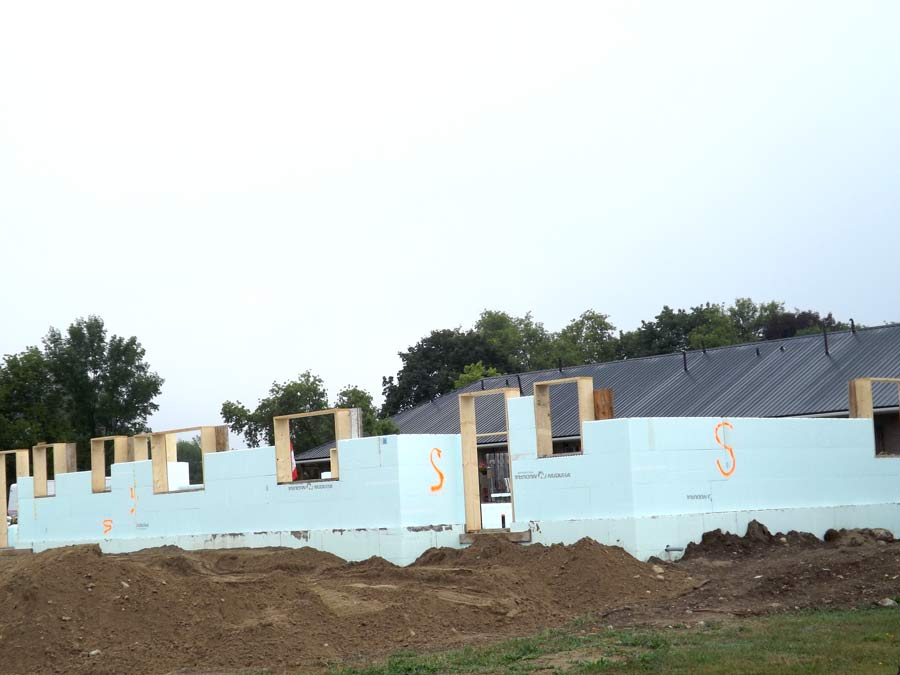 New apartments - A new five-unit apartment building on Arthur Street in Harriston is among the residential construction projects underway in Minto this summer.
Photo by Patrick Raftis

MINTO – Construction activity in the municipality has slowed a bit during the summer compared to last year, but remains well above long-term averages.

In June, 23 permits were issued resulting in $3.1 million worth of building activity, down from 28 permits in 2018 worth $5.2 million in construction.

Kuipers said a wet spring contributed to a slow start to the construction season.

“Contractors were delayed in starting projects, so they’re not going to apply for permits with that backlog,” he told council. “Second, once we hit the beautiful weather any of the farming contractors were out in the fields as opposed to swinging hammers.”

In his report Kuipers noted “the outlook for development and construction remains strong for August.”

The 10-year average for permits issued to the end of July is 122, and the average for total construction value is about $13.9 million.

Kuiper’s indicated permits were issued for 10 new residential units in June and July, and for six agricultural structures, including two substantial barn additions.