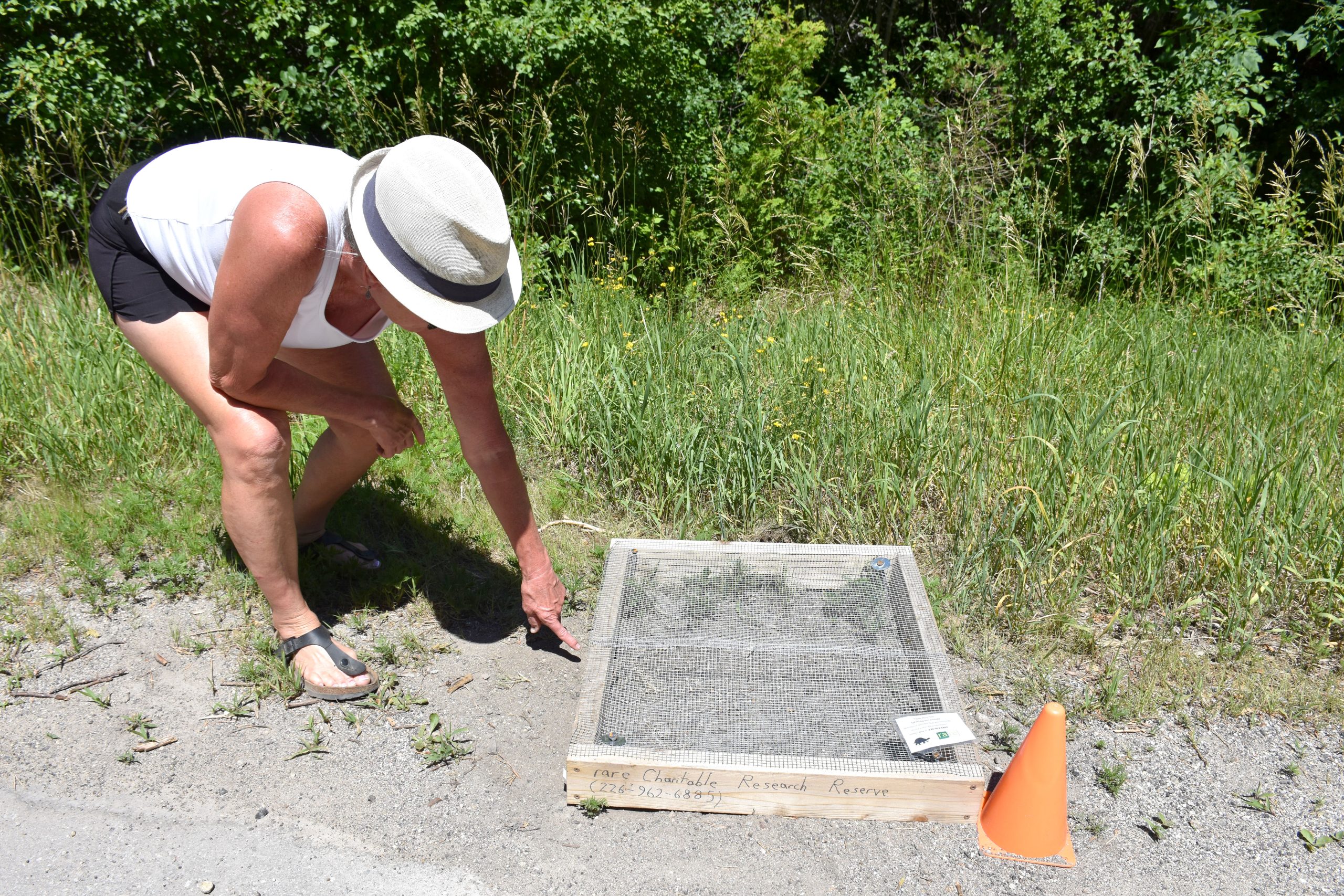 GUELPH/ERAMOSA – It’s that time of year again – turtles are out.

When turtles bury their eggs along busy roads, too often the hatchlings are put in danger because of speeding cars, animals and poachers.

A Guelph/Eramosa community near Eden Mills has tried to protect wildlife in their own “backyard,” posting signs to watch for turtles and venturing out to check on hatchlings regularly.

“We have to get community involvement in order to make a difference,”  said Rare Charitable Research Reserve volunteer Sandy Snickles on the importance of their efforts.

The exact location is not being named to protect the turtles, but Snickles added this is an issue on several roads in the community.

Turtle eggs are vulnerable to predators, so Rare and residents are doing what they can to help.

They’ve put up nest box covers made under the guidelines of the Ontario Turtle Conversation Centre, and those that can are helping to protect the eggs.

But animals aren’t the only concern; drivers speeding on these roads and hitting turtles is also an issue.

The biggest concern, according to Snickles, is one particular road, now worn down with potholes, being resurfaced.

That could potentially cause drivers, many who are already speeding, to go faster through this area.

Snickles emphasized there needs to be mitigative measures taken, suggesting eco-fencing, and protective tunnels for the turtles along these roads.

Until then, it’s community efforts that are important.

“This community just has taken a real interest in helping the turtles,” said Snickles. “I think that’s really key.”

The turtles have been along this crossing since Guelph/Eramosa councillor Steve Liebig has been in the area. He and his wife go over regularly to check on the turtles. It has been a long-time neighbourhood  effort to keep them safe from traffic and predators, Liebig explained.

“I don’t think anyone outside [the community] understands the importance of the area,” he said.