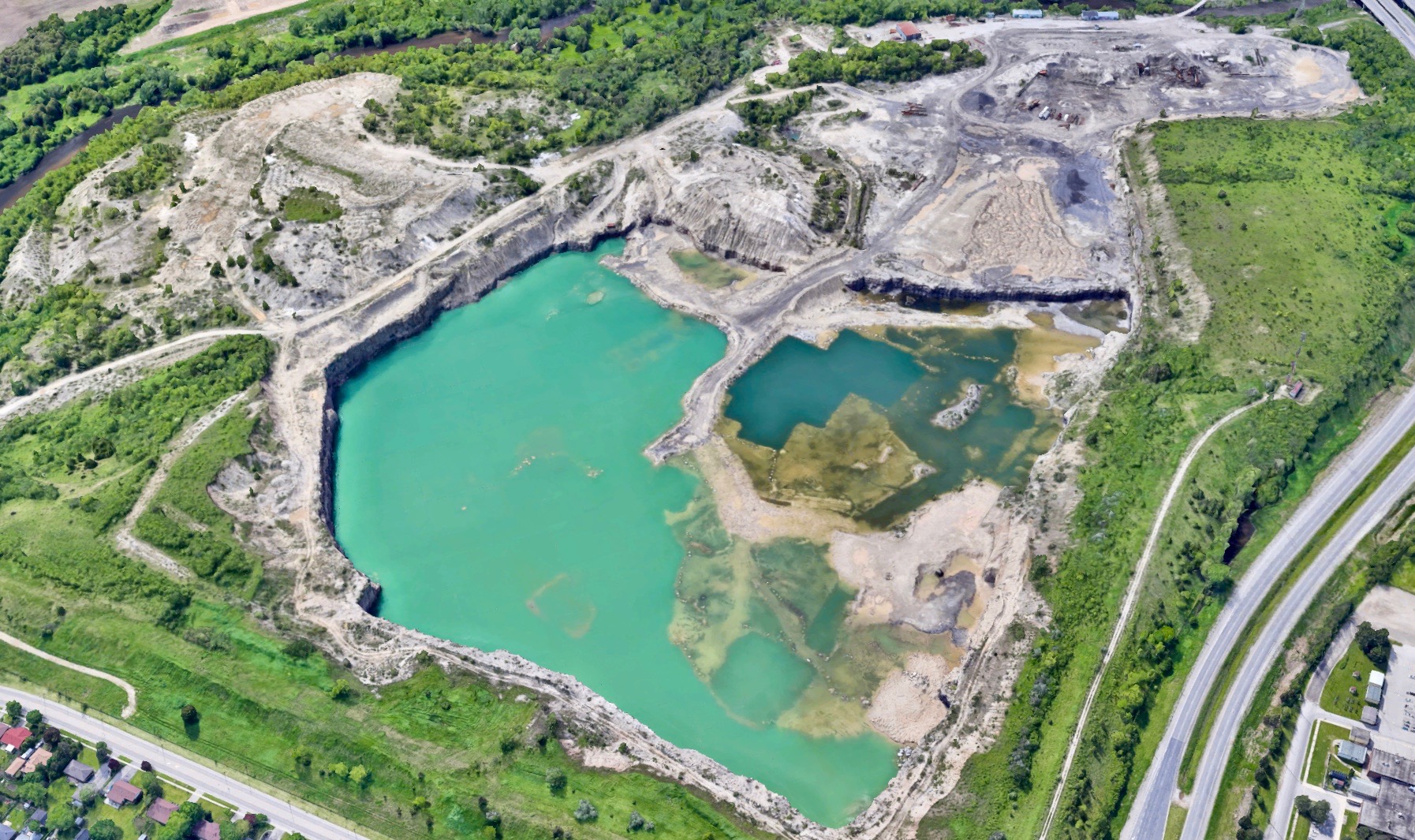 GUELPH/ERAMOSA – A pit of contention over the years, Guelph/Eramosa is inching closer to waving goodbye to the 230-acre Dolime quarry lands bordered on three sides by the City of Guelph.

“This quarry should have been in the city before,” Guelph/Eramosa Mayor Chris White said of the pending annexation of the property.

“It doesn’t really make sense to be sitting with us.”

White said citizens on both sides of the border have had longstanding concerns surrounding activities at the quarry, which is located on the west side of Hanlon Expressway, between Wellington Street West (Wellington Road 124) and College Avenue.

“They’ve had houses shaking, during blasting and so forth, on a couple of our residential streets,” White told the Advertiser.

But distress dwells deeper. Below the surface, the City of Guelph and the quarry draw water from the same source.

“The more water Guelph needs outside their own borders, the more they’re going to be looking to us to provide that water and we need water for our own purposes,” White remarked.

“The main purpose here is to shut the quarry down and take away all those concerns.”

White added the city has been the “main driver” behind the annexation and pointing out the township couldn’t do much with the property anyway without the land properly serviced with water and sewer.

After four years of confidential negotiations and mediation between the city, quarry owner River Valley Developments, and the province over a water-taking permit, a solution for the quarry lands materialized in 2018, appearing to satisfy everyone.

River Valley Developments, which has Carson Reid of Carson Reid Homes listed as its key principal, would eventually develop the land into residential area in the last step.

“The city is primarily concerned with protecting the water that we use for our drinking water,” Guelph environmental services general manager Jennifer Rose said, noting a 2008 “discovery” that a protective rock layer had been hit in the quarry, potentially jeopardizing groundwater below.

“Any surface water that gets into groundwater could contaminate our drinking water with bacteria … and right now our groundwater is good and pure,” Rose explained.

“Since that time, we’ve been working to get to the point we are now, where we’re coming back to all three councils basically to implement the settlement pathway, which is to bring the lands into the city and eventually gain control of that water.”

To annex the land from Guelph/Eramosa to the City of Guelph, all parties – city, township and county councils – must agree on a developed restructuring proposal.

It will later be submitted to the province for approval in the form of a Minister’s Zoning Order, issued by municipal affairs and housing minister Steve Clark, allowing for expedited developments by skipping over a broader regulatory process.

On June 15, Wellington County’s administration, finance and human resources committee gave its support for the plan.

A virtual public meeting considering the restructuring proposal will be held at 9:50am before county council’s June 24 meeting.

“The county is more or less a passenger in this process,” said county CAO Scott Wilson.

The proposal and request for a zoning order comes before Guelph/Eramosa council on June 21, Guelph council on July 5 and the city’s committee of the whole on July 19.