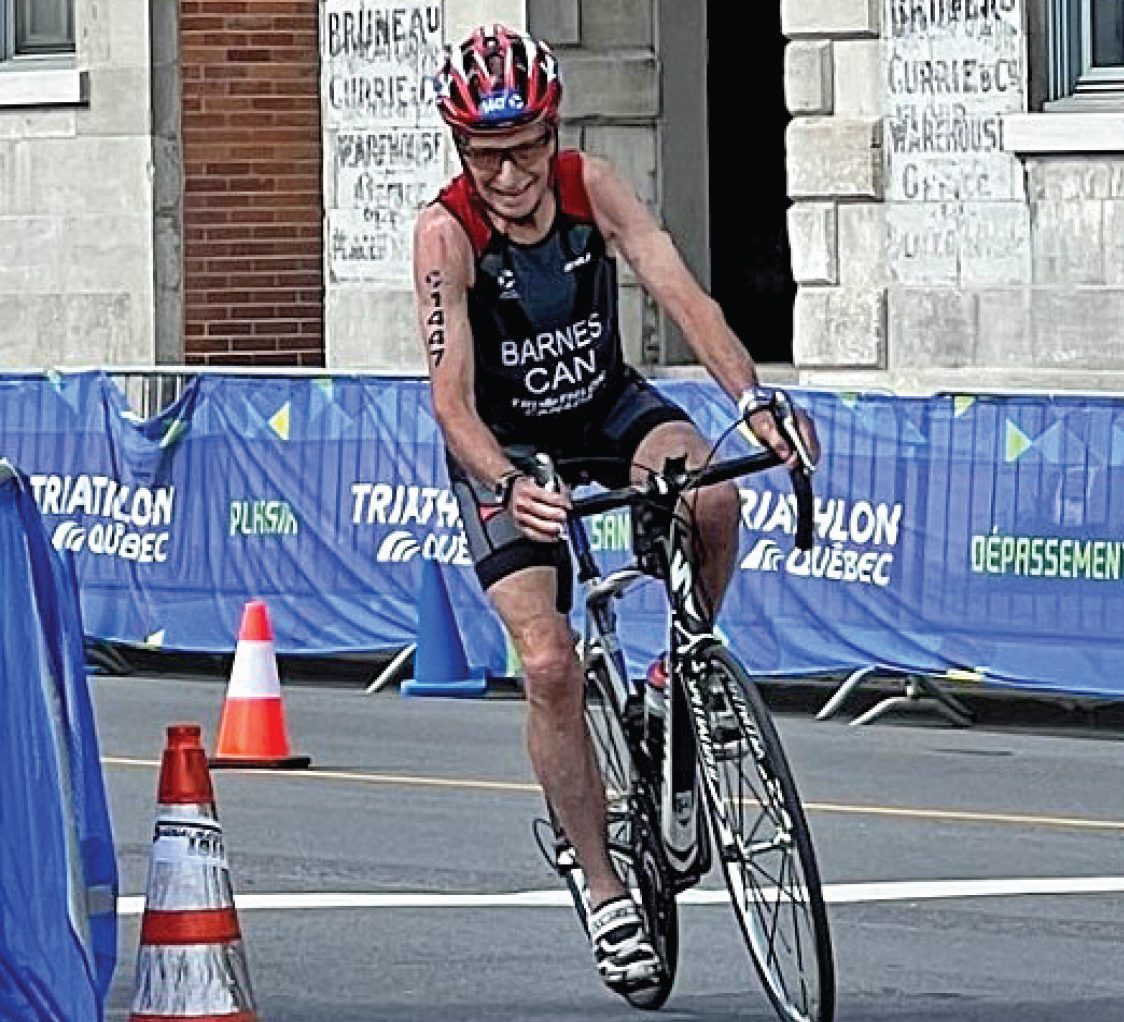 EDEN MILLS – Charlie Barnes has returned from the World Triathlon Sprint and Relay Championships, which took place June 24 to 26 in Montréal.
Barnes placed second in the over-85 division.

“It’s absolutely amazing,” he said of his silver medal finish. “That was my goal – but I didn’t think I was going to do it.”

Barnes ran, swam, and biked alongside four other competitors in his age division. He couldn’t see the others through the crowd while competing, apart from one.

Barnes said that made it difficult to determine his standing in the race.

The triathlon was relatively smooth, Barnes said. He found swimming to be the most difficult.

Twenty friends and family members came out to cheer on Barnes at the competition, he said.

Barnes is glad to be done with training, using the time he would normally spend preparing for a race with his family, including his grandchildren who are visiting from California.

Though Barnes is relieved to be done with training and preparation for the competition, it may not be his last race.

He thought this would be it after around 25 years of triathlons, but feeling elated from taking home the silver, Barnes is now second guessing the idea.

“I don’t know about it being my last race,” he said.

For now, Barnes is enjoying his break, noting “it’s a huge relief.”

He also raised money for the Tour-de Guelph fundraiser while competing in the triathlon.

Tour-de Guelph is a local fundraiser that supports the Guelph General Hospital, among other local charities.

Barnes has participated in the fundraiser for the past five years, and although he could not be here for the actual event this year, because of the triathlon, he still raised $14,635 for the local fundraiser while in Montréal.