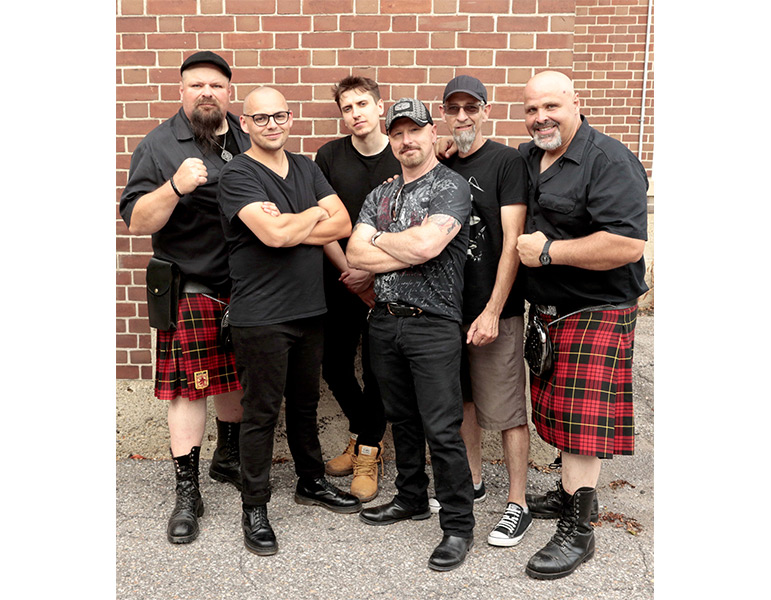 FERGUS – Mudmen, Canada’s Celtic Rock Warriors, have yet weathered another storm surviving the long COVID-19 world shut down with a whole new line-up except for founding members Sandy and Robby Campbell.

The band will be returning to the Grand Theatre in Fergus on Friday, Dec. 3 for an all-ages family friendly concert.

Mudmen are no strangers to the area, having performed numerous times at the Fergus Scottish festival, the televised special Olympic opening ceremony in Guelph, numerous area Rib-fests, opening up for Johnny Reid, The Tea Party guesting with John Mcdermott, The Irish Rovers and The Chieftains in the Kitchener/Guelph/Fergus area.

Mudmen have just currently released the Best of Mudmen album which is selling very well with a new Mudmen album scheduled for an early spring release.

With 23 years together Mudmen have performed festival, clubs and theater dates in seven different countries building a legion of fans from young to old.

Tickets are $30.00 and are available at the Grand Theatre box office by calling 519 787-1981 or visting www.centrewellington.ca.

Entry for the event will be subject to the Ontario passport POV program.

For more information on the band visit www.mudmen.ca.