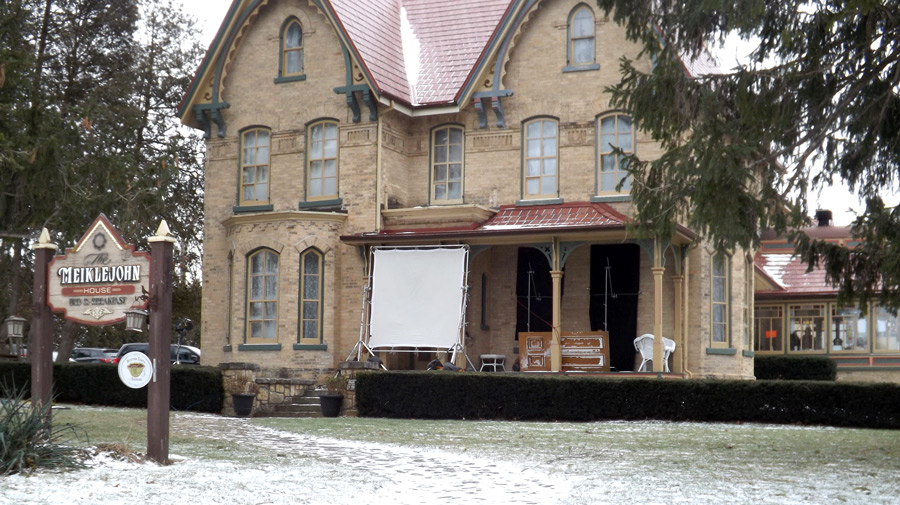 Filming of the CBC-funded television drama, Something Undone, took place at the Meiklejohn House in Harriston from Dec. 10 to 21. Some filming for the show also took place on the Greenway Trail in Harriston. Photo by Patrick Raftis

Filming on a television production titled Something Undone got underway at the historic local residence owned by Ralph and Irene Drost on Dec. 10

The Drosts were unable to see any of the filming as they had to stay elsewhere due to COVID-19 protocols on the set.

Irene told the Community News on Dec. 18 filming was expected to wrap up in time for the owners to return home by Dec. 21.

Michael Musi’s Something Undone (Musi is an actor/producer who plays “Terrance” on the CBC comedy Kim’s Convenience), is one of 119 projects backed by funding through the CBC’s Creative Relief Fund.

The Canadian public broadcaster received almost 9,000 applications for the $2.2 million fund, which was first announced in April.

Something Undone is among eight dramas funded through the scripted section of the innovation stream which called for “big, bold ideas that are innovative and take creative risks.”

Irene said the Meiklejohn House was selected because it fit the need for a Victorian-style setting.

While most of the local filming was done at the bed and breakfast, Minto economic development manager Belinda Wick-Graham said some filming has also been done along the Greenway Trail in Harriston.