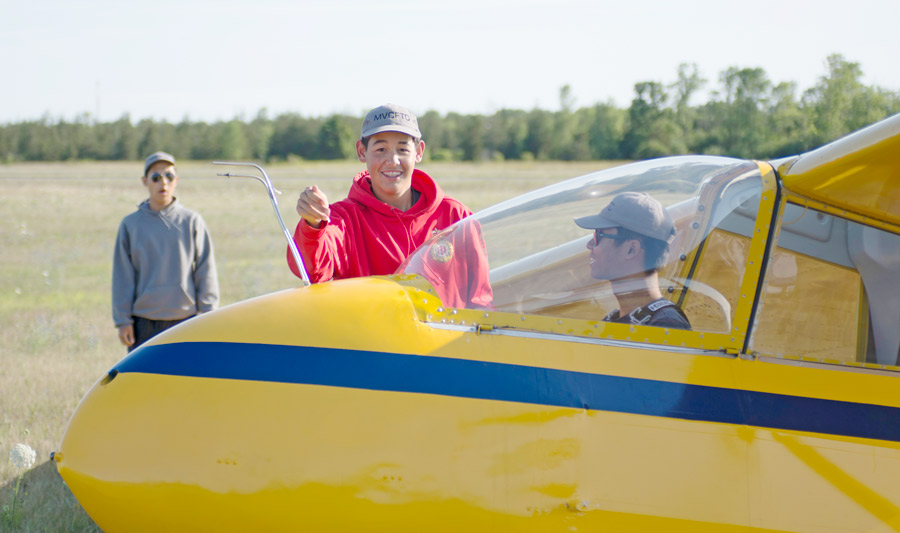 He is completing a course at Mountain View Cadet Training Centre, following in the footsteps of his father and grandfather who also earned their pilot wings through the cadet program.

The Glider Pilot Scholarship is a seven-week training program that results in successful candidates graduating with their Transport Canada Glider Pilot Licence.

FSgt Taylor has been a member of the cadet program for just over four years.

It has helped him develop skills in effective speaking, bagpipes, survival and aviation and he has earned his Radio Operator Certificate.

He also appreciates the opportunity he has had to meet new people.

His advice for those starting out is, “Do everything you can. Join all the clubs and do as many camps as you can. Everything you learn and all the memories you make will last forever.”

The first air cadet gliding at Mountain View in Picton, Ontario commenced in 1967 when familiarization flights were provided for cadets at the Trenton Air Cadet Camp.

Since then, the Mountain View Flying Training Camp has established a successful glider and power pilot scholarship. Hundreds of cadets have successfully earned their licences, allowing them to fly in the cadet and civilian world.