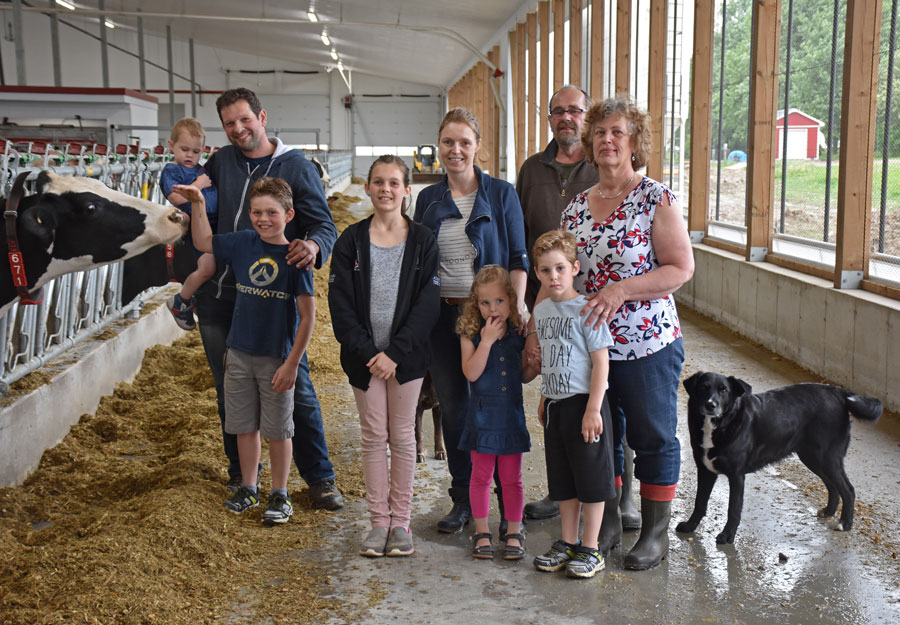 ELORA – The Fergus Fall Fair Committee is bringing back Breakfast on the Farm for the third year.

The event promises new  attractions and to educate visitors about the Canadian dairy industry.

This year, Breakfast on the Farm is being hosted by the Cnossen family at the Cnossen Holsteins farm along Wellington Road 7, north of Elora on June 22 from 9am to noon.

The Cnossen Holsteins farm has approximately 195 acres, which the family is opening up to the public.

The event includes showing visitors the new 44,000 square-foot milking facility and some of the farm’s approximately 130 milking cows demonstrating the voluntary milking system.

Originally from Holland, the Cnossens came to Canada in 2000 and took over the farm.

The Cnossens said they hope to help educate visitors about dairy farms by hosting the event.

“We know a lot of people are actually curious, what’s actually happening on those farms?” said host Harry Cnossen.

“I think if I was not a farmer I would actually need to visit to see how the cows are being milked and how happy they actually are and learn that all of the milk that comes out of the grocery store doesn’t just come out of the store but it’s actually just nice to see where it starts,” he added.

The breakfast will be provided by the Alma Optimist Club using some donated produce. The meal includes scrambled eggs donated by the Egg Farmers of Ontario, sausages, baked beans donated by the Ontario Bean Growers, pancakes, and local maple syrup. Visitors will also have the option of milk, chocolate milk or coffee.

The Fergus Fall Fair Committee received grants from both the Centre Wellington Community Foundation  and the Grand River Raceway, which committee member Denise Kankainen said has gone a long way.

This year’s festivities will  include an enhanced kids barnyard playground, a newly built Three Little Pigs house housing pigs in a pig pen.

Other attractions include baby chicks from Bonnie’s Chick Hatchery Ltd. in Elmira and a  bouncy cow coming from Waterloo 4-H.