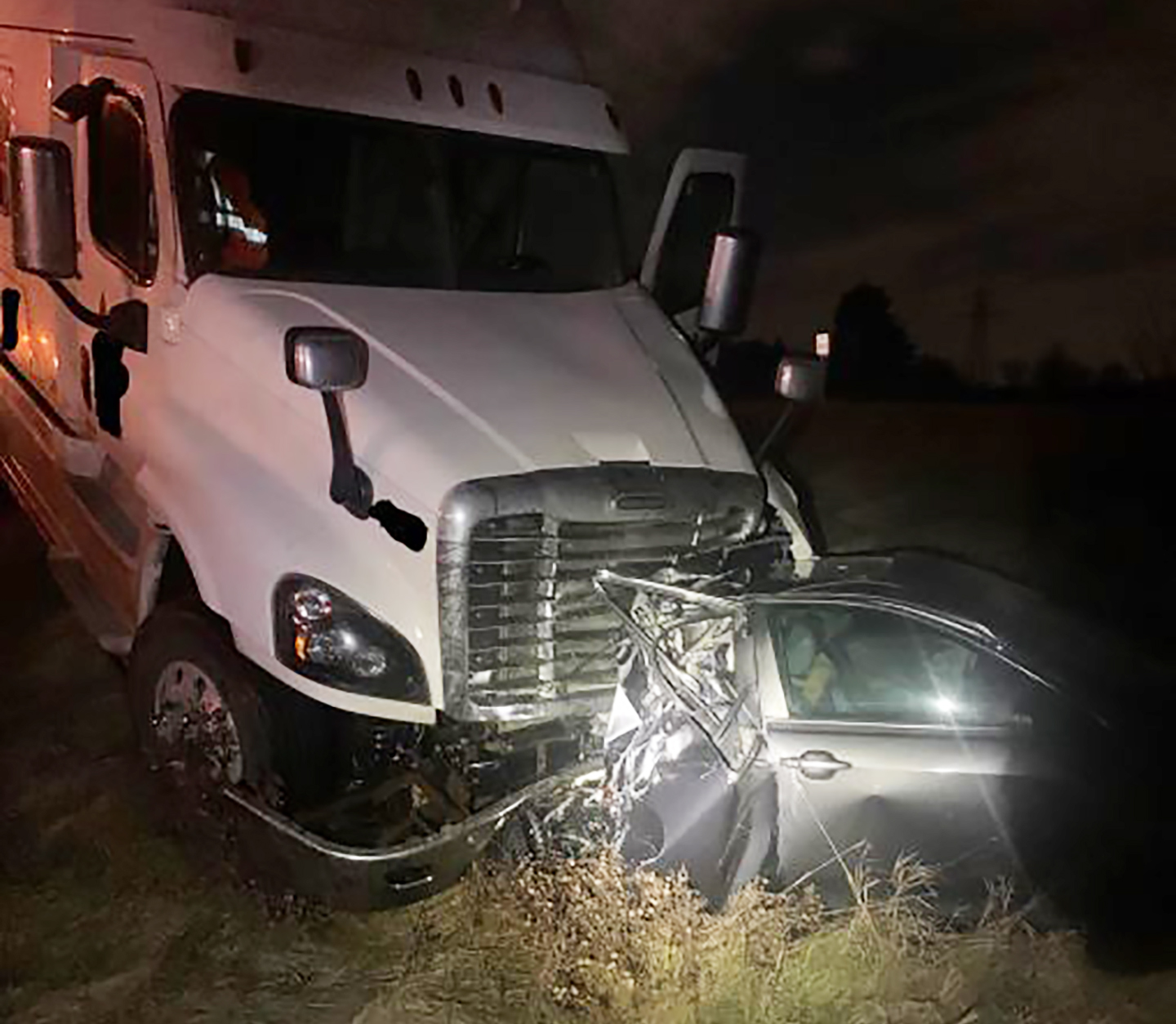 A Brampton man has been charged with dangerous driving following a serious crash in Guelph on Nov. 29 involving a transport truck and two passenger vehicles. Submitted photo

GUELPH – A Brampton man has been charged with dangerous driving and fleeing the scene of an accident following a crash here that seriously injured two people.

On Nov. 29 at about 5pm, emergency crews responded to a three-vehicle collision involving a tractor trailer and two passenger vehicles at the intersection of the Hanlon Expressway and Kortright Road in Guelph.

Wellington County OPP officials say the tractor trailer rammed into the back of a vehicle, causing a chain-reaction collision.

“The driver of tractor-trailer ran from the scene and was arrested nearby by members of the Guelph Police Service,” states the OPP press release.

“The truck driver was then turned over to the OPP.”

Two occupants in one of the vehicles were transported to hospital with serious, but non-life-threatening injuries, police say.

He is to appear in Guelph court on Jan. 8.