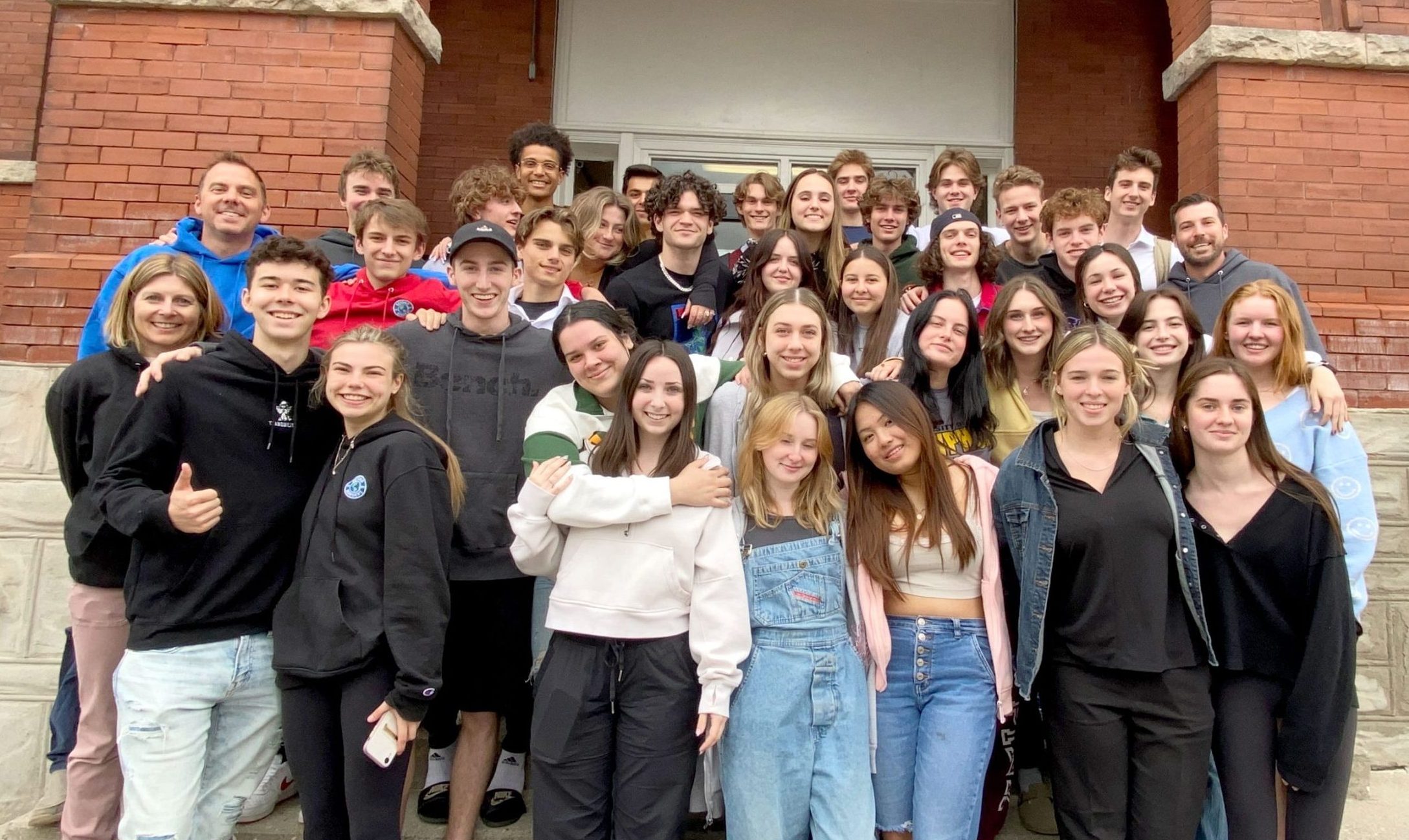 Upper Grand District School Board students in the Beyond Borders class are set to run three charity events from June 10 to 12, hoping to raise $150,000 to distribute to three charities. This is the 10th year of the program. Submitted photo

GUELPH – To celebrate 10 years since the program began, Upper Grand District School Board (UGDSB) students of the Beyond Borders class of 2022 are pushing limits and setting the bar high this year.

This year’s event, titled Envision, marks the tenth year of Beyond Borders supporting the local and global community.

Unlike previous years, this year’s class is running three charity events with the hopes of raising $150,000 to distribute to selected charities.

If successful, it will be the most money raised by the program.

“We wanted to show that, especially with the pandemic, that it’s a lot more important to be donating because of everything that people are going through,” Beyond Borders’ chief editor Olivia Manes told the Advertiser.

“I think now more than ever, people need the money the most.

“And I think we amplified that through all the charities that we chose this year.”

Beyond Borders is an experiential learning program offered to Grade 12 UGDSB students. Each year, the class ends the semester by organizing, planning and hosting a fundraising event, raising thousands for local and national charities.

This year’s events will take place over a three-day period between June 10 and 12 and benefit Doctors Without Borders, Guelph General Hospital and the David Suzuki Foundation.

“We wanted to kind of have a good mix between kind of local, national and international,” Manes explained.

“Through the charities we chose, we’re wanting to kind of amplify that the world can be a better place. And we think that these charities are really making it that way.”

Every aspect of the series of charity events is coordinated, organized and executed by students.

This year’s slogan, Manes said, is “imagine the future.”

“The main thing that we want to show is that giving back is important, regardless of your age or your academic level,” she said.

“And I think it will show a lot of people that they have the ability to donate in some capacity or in some form. And it doesn’t have to be huge like this, but you can still donate and make a difference.”

The three-day event will kick off June 10 with a semi-formal evening at Strom’s Farm and Bakery which will include live music and performances, keynote speakers and food from local restaurants.

On June 11, a golf tournament will take place at Hidden Lake Golf Club, courtesy of Club Link. There will be a barbecue meal included with the admission price, along with prizes to be won.

The weekend will conclude on June 12 with a second semi-formal evening at Strom’s Farm and Bakery, once again featuring live music, performances, keynote speakers and food stations from local restaurants.

With many businesses still recovering from the effects of the pandemic, Manes said it’s been challenging to gather support from sponsors.

“We’ve worked really hard to kind of expand where we’re searching for corporate sponsorships, auction items and people that are willing to donate, and that’s really benefited us,” she explained.

“It’s definitely been difficult and it’s been hard, but I think we really pushed super hard to get there and it’s made us want to work even harder, just because we know that means people need the money and the charities even more.”

For more information on the events and to purchase tickets, visit www.envisionbeyondborders.com. Specific information on each event day can be found under ‘Events’.

“In everything going on with that I think we’re just at a point in time where raising money for these types of charities is super important and COVID just amplified it entirely,” Manes said.

“So I think that’s super important for us.”