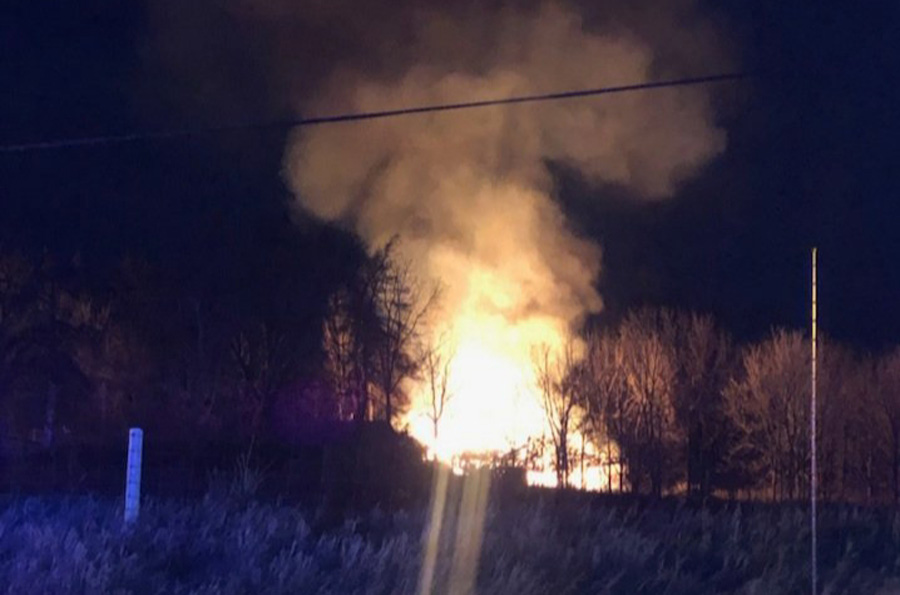 GUELPH-ERAMOSA –  A barn just north of the City of Guelph was destroyed by fire on Sunday night.

Guelph firefighters from three stations responded to 5419 Highway 6 at about 7:03pm  on Nov. 29 and found a barn fully engulfed in flames.

With no fire hydrants due to the property’s rural location, additional water tankers and tenders were called in from Rockwood and Fergus.

(A water tender is a type of firefighting apparatus that specializes in the transport of water from a water source, such as a stream, lake or hydrant, to a fire scene).

This activity required that Highway 6 between Woodlawn and Conservation roads be closed in both directions for several hours.

“We had two guys there for a couple of hours,” said Jonathan Karn, Centre Wellington’s deputy fire chief. “It’s not uncommon for this to happen in rural locations.”

The barn, completely destroyed by the fire, was used for storing hay and farm equipment. An excavator was brought in to assist firefighters with moving debris and extinguishing the fire.

There were no injuries and the cause of the fire, along with a damage estimate, is under investigation.

The site was still smouldering on Monday morning.

“That’s not uncommon either,” Karn said. “Hay burns for a long time.” 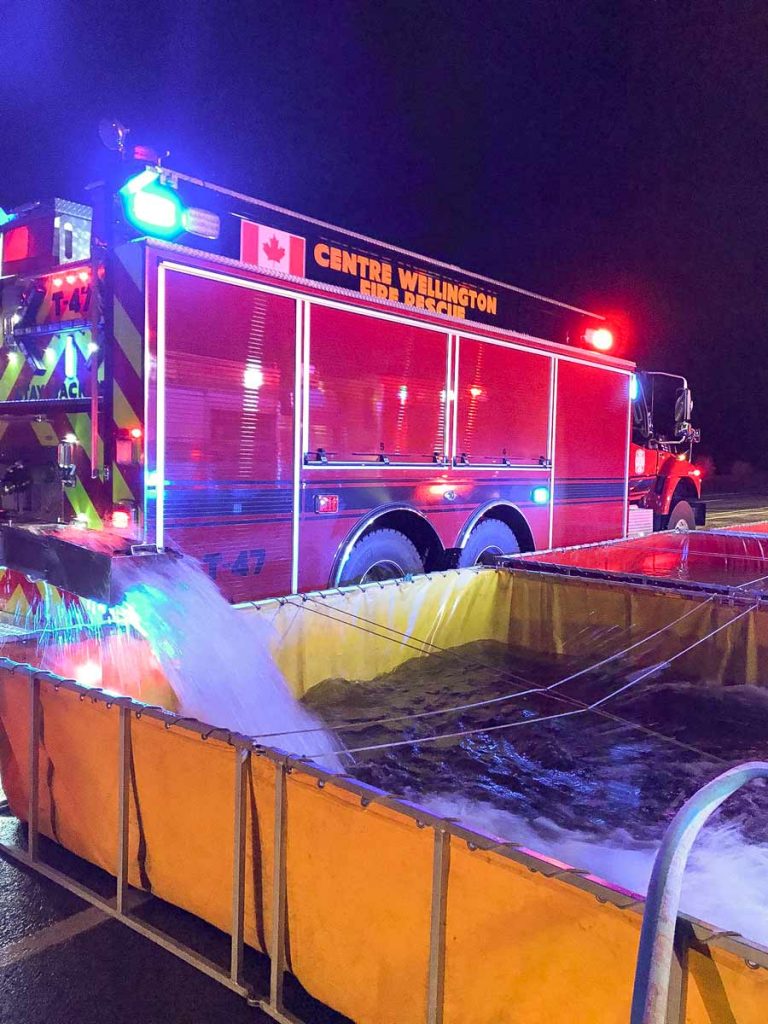 Rockwood and Fergus firefighters were called in to help shuttle water to the property on Highway 6. Submitted photo