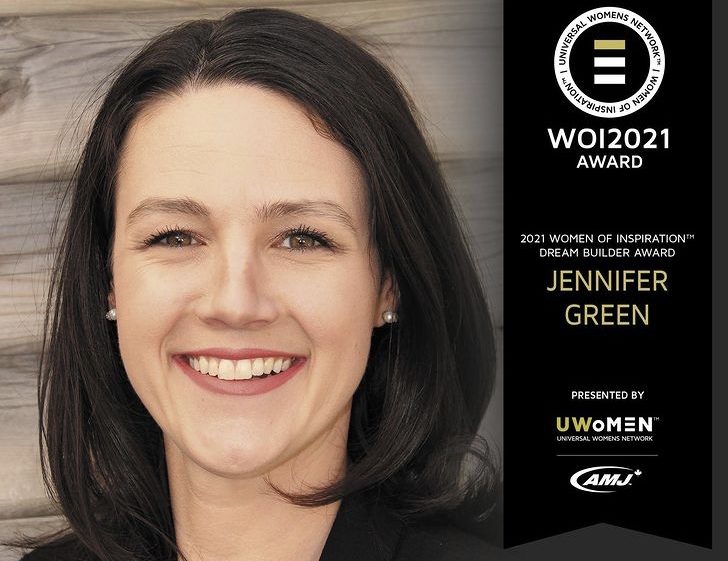 WELLINGTON NORTH – Jennifer Green has been presented with a Women of Inspiration Award from the Universal Women’s Network.

Green, director of competitions and young women’s initiatives at Skills Ontario and a licensed mechanic millwright, was chosen from a pool of 150 finalists from across Canada as the recipient of the Dream Builder Award on Nov. 13.

“This accolade recognizes Green as a woman who leads, inspires, and motivates others to make an impact locally, nationally, and globally,” a press release stated.

The Dream Builder Award is reserved for a woman who challenges the narrative of traditionally male-dominated industry or work, demonstrating there is a “space and a place for women who wear steel-toed boots to work,” according to the release.

Green is said to be a supporter of the trades and has been working in trades careers since high school.

Green said it was an honour to be recognized among a group of “incredible women” by the Universal Women’s Network.

“I am so grateful to those who supported me on my path—this is not just my achievement, it’s theirs, too,” Green said.

“Her dedication is an important part of the effort to build the future skilled workforce, and we are very proud of her and her success,” Howcroft said.

The press release stated that Green’s mentorship, community involvement and leadership guides other women to see skilled trades and technologies as pathways that are rewarding, fulfilling and suited for all.