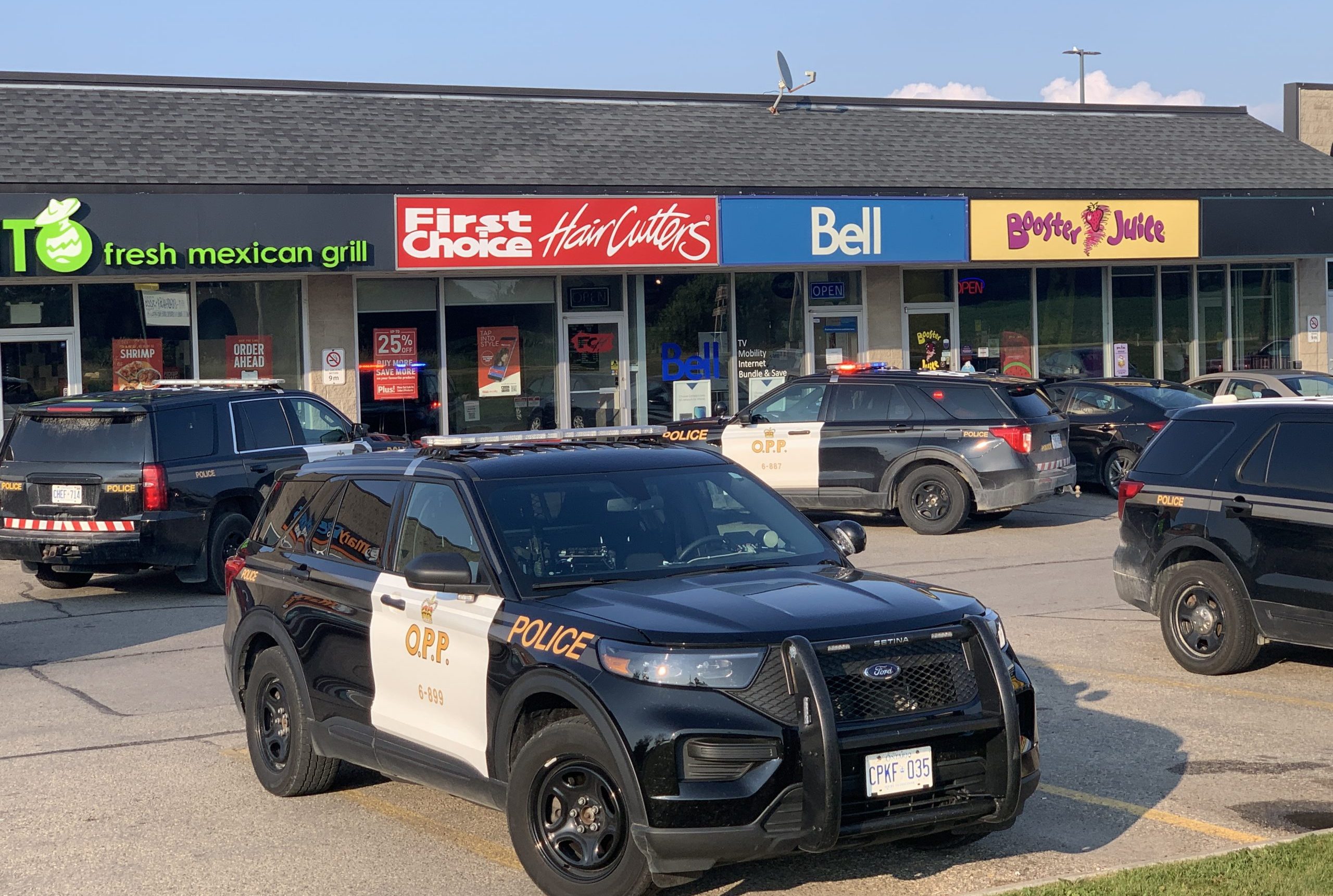 At least five OPP vehicles responded to a Tower Street South plaza in Fergus on Monday evening after armed robbers stole about $20,000 worth of cell phones from the Bell store. Photo by Jordan Snobelen

FERGUS – Police are looking for clues after the Bell store here was robbed at gunpoint on Monday evening.

Wellington County OPP officials say two people armed with handguns entered the Tower Street South store at about 6:40pm on July 18 and stole about $20,000 worth of cell phones.

Sitting in a car across from a Starbucks in the same plaza, a man and a woman who asked not to be named told the Advertiser police vehicles barrelled into the parking lot before entering the Bell store and locking the door.

The Advertiser observed at least five OPP vehicles parked in the plaza parking lot on Monday evening as officers went in and out of nearby businesses.

“They were seen departing the area in a grey, newer model Honda Civic hatchback.”

On July 20 police issued an update stating they had recovered the Honda Civic hatchback on nearby Denny Gate in Fergus but were still searching for the suspects and the Jetta.

It is unclear why OPP Twitter posts – including one posted close to 11 hours prior to a press release being sent to media – contained several details not included in the release, such as:

“It is believed that suspects and vehicles involved were in the Millburn Boulevard area both prior to, and after the robbery,” police stated in a press release.

Police are asking residents in the area – particularly near Millburn Boulevard, Scotland Street, Darroch Way and Denny Gate – to check their surveillance footage for anything that could help with the investigation, notably between 6 and 7:30pm on July 18.

Anyone with information about this incident or who may have surveillance footage, can contact the Wellington County OPP at 1-888-310-1122.