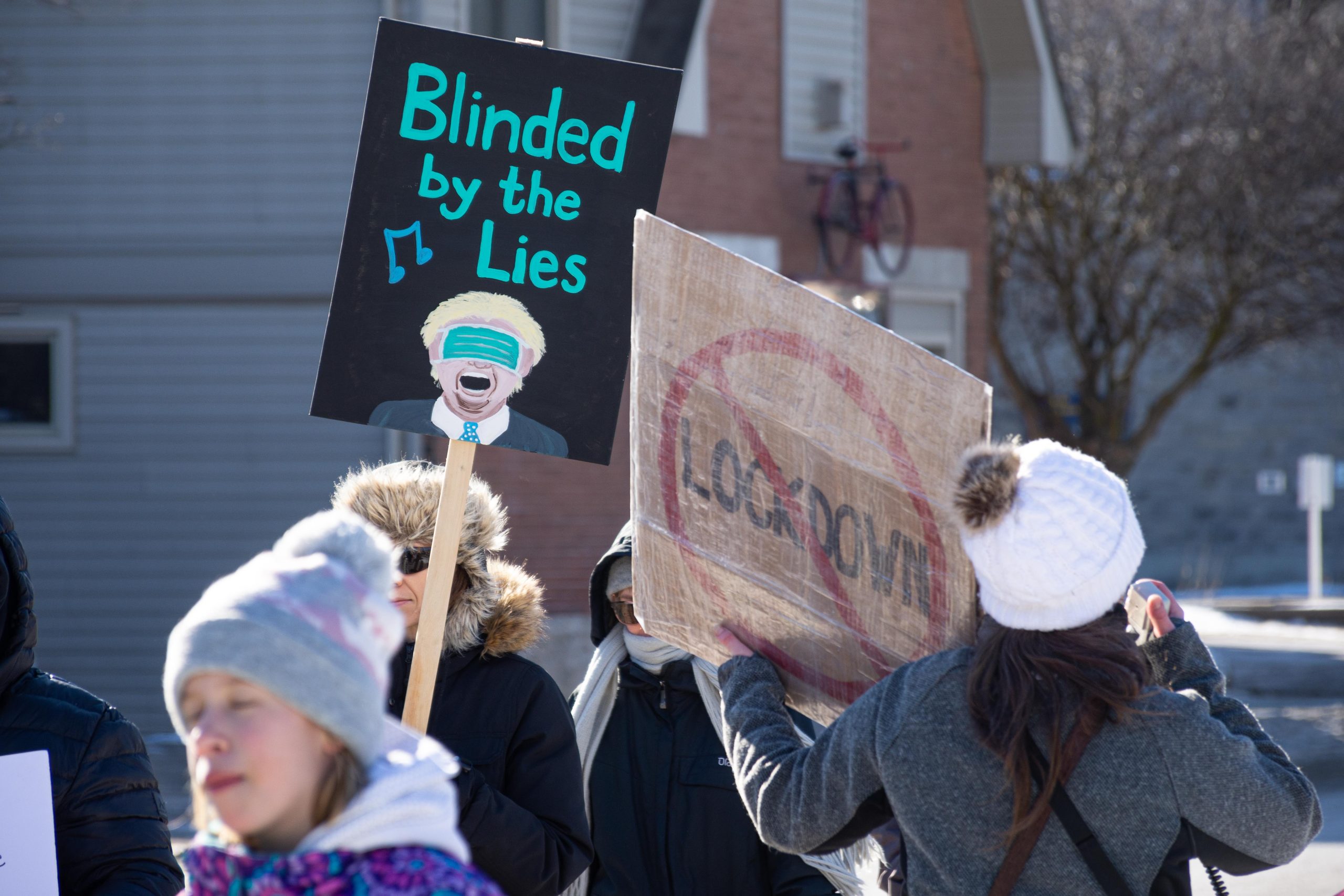 A small group of vocal citizens gathered within the parking lot of 181 St Andrews Street in downtown Fergus on Jan. 14 for what was advertised on social media as a protest against government lockdown measures aimed at thwarting the spread of COVID-19. Photos by Jordan Snobelen

FERGUS — A small group of citizens gathered in a parking lot on St. Andrew Street in downtown Fergus on Jan. 14, for what was advertised on social media as a protest against government lockdown measures aimed at thwarting the spread of COVID-19.

Around 20 people gathered near a sidewalk outside the office of Wellington-Halton Hills MPP Ted Arnott in the Friday afternoon cold listening to protest organizer Carolyn Mathers read from notes into a megaphone.

“I hope you’re all here to make some noise,” Mathers said.

The group — with signs reading “no more lies” and “make Canada great again” — cheered in response. 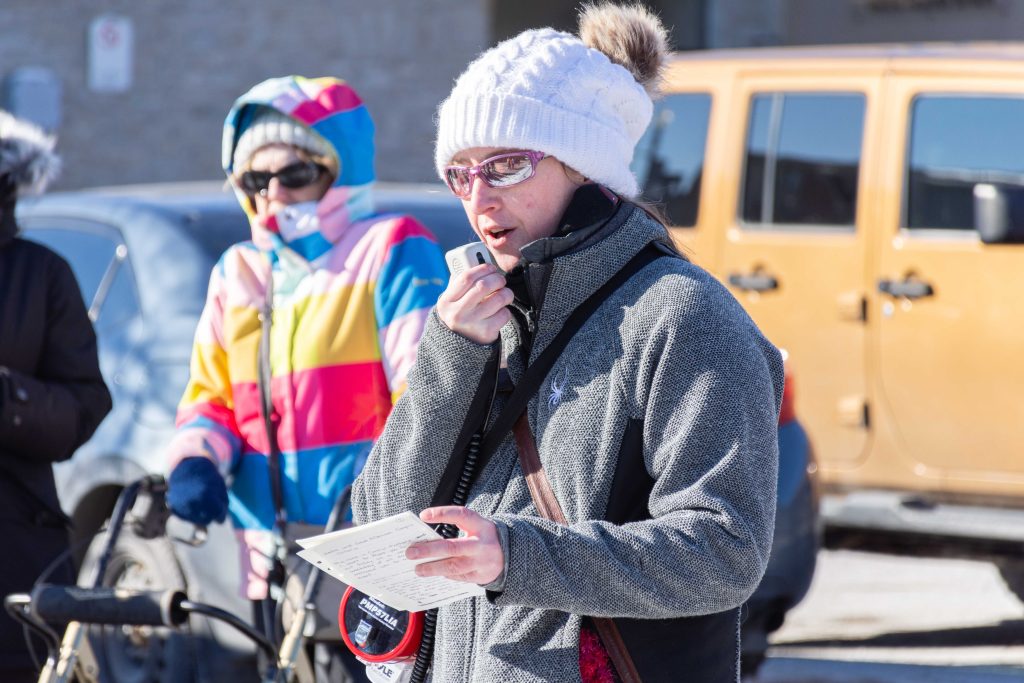 Her voice amplified, Mathers ran down a list of issues she had — a “rant” as she referred to it — calling out decisions made by government and public health officials to impose restrictions on citizens.

Mathers also took the opportunity to question provincial legislation, the motives of government officials and the accuracy of hospitalization data.

“What else are they lying to us about?” she asked the group.

Mathers also repeated misinformation found online that misrepresents an edited statement by U.S. Centers for Disease Control and Prevention director Dr. Rochelle Walensky about the relation between comorbidities and death from the virus.

(Some websites and social media posts claim Walensky said 75% of COVID-19 deaths occurred in people with at least four comorbidities, but in fact Walensky was referring to a study of vaccinated individuals only, which she concluded is evidence COVID-19 vaccines effectively prevent severe disease.)

“I know a little bit about how disease spreads, about how viruses mutate,” proclaimed Mathers, who said she previously worked in health care.

According to a publicly available social media profile, Mathers has taken a certificate program to work as a personal support worker.

The organizer went on to say she had been ostracized from friends because of her beliefs but she “could see something they could not.”

She also referenced People’s Party of Canada Leader Maxime Bernier and spoke of how lockdowns have caused local businesses to suffer.

“No matter your beliefs, the last two years have been hard,” Mathers said.

Horns occasionally blurted from passing cars as she addressed the group.

On the opposite side of the road, two women peered out from an unmarked police vehicle mounted with an antenna and windshield lights.

“The [Provincial Liaison Team] had previously engaged with the organizer of today’s event and attended today to provide information and ensure the safety of the public as well as event participants,” Cunningham stated of the Jan. 14 gathering.

Mathers concluded around 10 minutes after she began, saying the gathering was proof people are “waking up.”

“Let’s chant,” a woman hollered. “This is where I thrive.”

In a statement to the Advertiser following the event, Arnott said, in part, “People have a right to gather and demonstrate; if they feel they must, I’d prefer they do it in front of our riding office rather than in front of a hospital.”