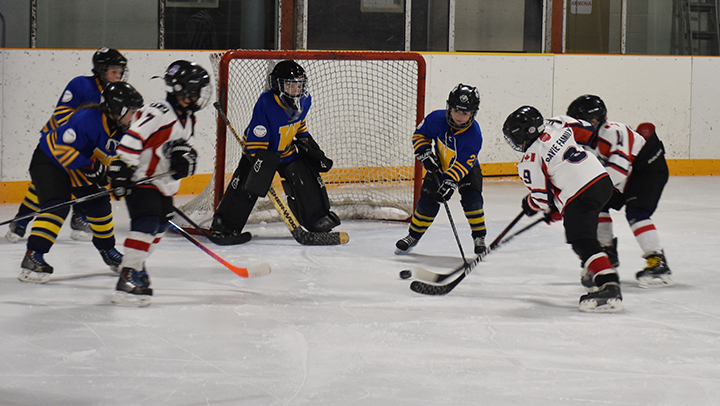 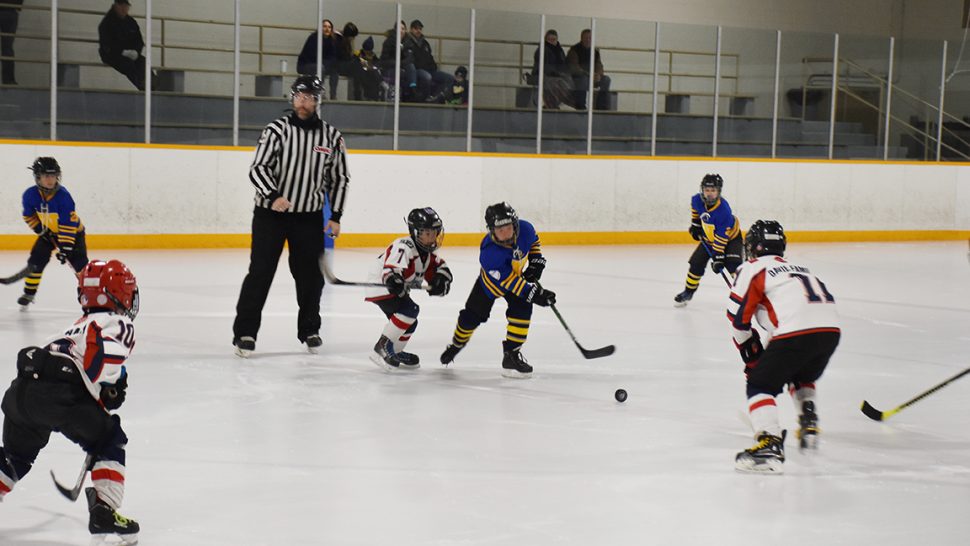 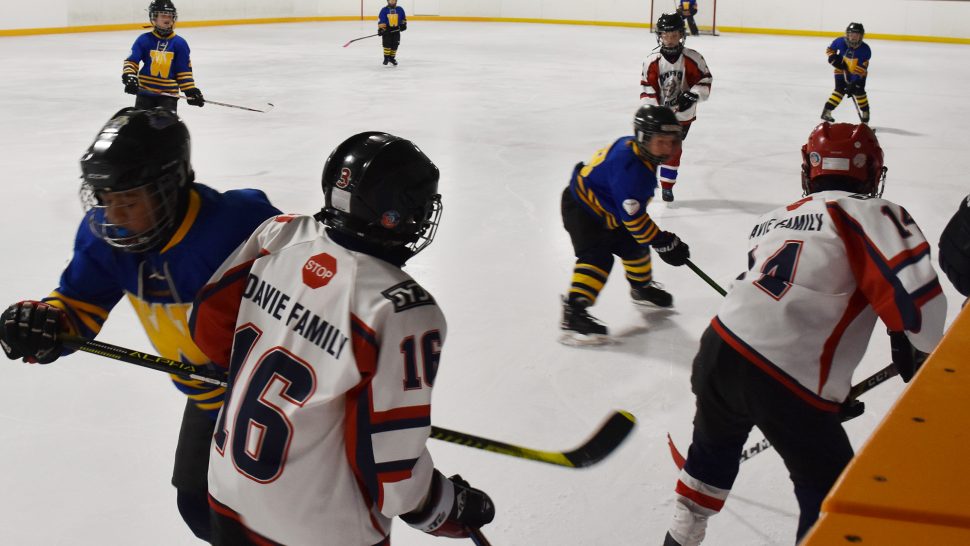 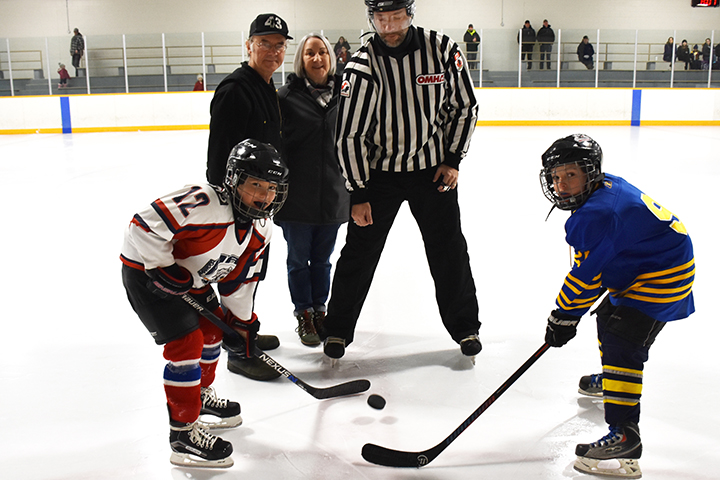 Ready to play - The 12th annual Jeff Davie Memorial Novice Rep Tournament was held on Jan. 25 in Harriston. Doug and Sharon Davie took part in the opening faceoff between Xavier Ditner, left, of the Minto Mad Dogs and Carter Williams of the Wallace Sabres. Photos by Mike Robinson

Tournament organizers thanked the Davie Family for its support of Minto Minor Hockey in memory of their son Jeff and his love of hockey and the community.

In Jeff’s honour, the tournament aims to promote good sportsmanship, fun and a love for hockey.

Assisting with the early morning ceremonial puck drop were Doug and Sharon Davie along with players Xavier Ditner of the Mad Dogs and Carter Williams of the Sabres.

Sharon Davie noted that over the years the Jeff Davie Memorial Foundation has provided over $220,000 for community events, baseball field upgrades, hockey scholarships, and funds for the Make a Wish Foundation.

She said this year’s funds were split among a dozen Minto organizations, from recreation groups to local firefighters.

The foundation’s funding comes from a memorial three-pitch tournament held during the August long weekend, she explained.

“They and the community have played a huge role in supporting us,” Sharon said.

The tournament’s first game provided an early victory for the Minto Mad Dogs against the Wallace Sabres.

The Mad Dogs kept the Sabres off the scoreboard for the first period, while scorning two of their own goals.

The Sabres equalled the score in the final minutes of the second period bringing the score to 2-2.

However, the Mad Dogs recaptured their lead by the end of the third bringing the final score to 6-2.

Laura Ditner who was running this year’s tournament, said the tournament “was a success and I think a lot of fun for all the children involved.”

She added, “Unfortunately, Minto Mad Dogs were put out in the semifinals by South Huron Sabres, but our kids played hard and we were proud of their resilience and dedication to our goalie and teammates.”

In the ‘B’ finals, the Lucan Irish won 6-2 over the Clearview Canucks.

In the ‘A’ finals were the Walkerton Capitals versus South Huron Sabres.

With one minute of play in the third period, Walkerton scored the winning goal, bringing in a 4-3 victory.

Sharon and Doug Davie handed out the final medals and trophies to teams.