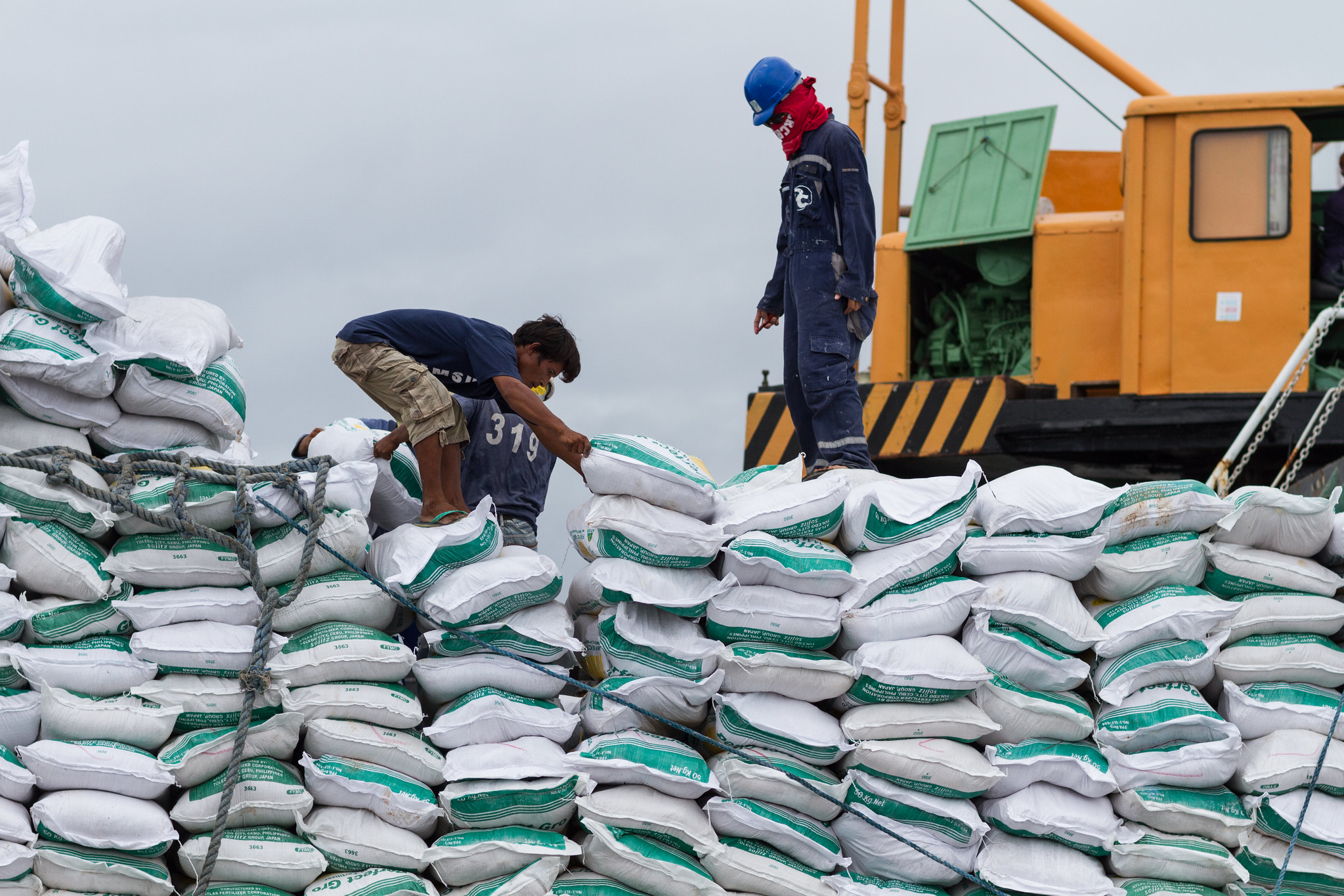 An increase in global fertilizer prices wrought by a culmination of global instability has rattled a fragile market, leaving local farmers to fight for their bottom lines. (Creative Commons photo)

WELLINGTON COUNTY – Food costs aren’t only rising for humans, but for plants too.

An increase in global fertilizer prices wrought by a culmination of global instability has rattled a fragile market. All four fertilizer categories – nitrogen, phosphorus, potassium and sulphur – have increased in price.

But it’s nitrogen, the most in-demand and critical to plant growth, that has surged the most.

“The last I saw, the price of nitrogen, in particular, was a little more than twice of what it was last year,” said Wellington Federation of Agriculture president Janet Harrop, who also farms at Harrcroft Acres, a Centre Wellington-based dairy operation cropping 350 acres of corn, soybean, wheat and alfalfa.

According to the World Bank, fertilizer costs have risen steadily since the third quarter of 2021, reaching levels unseen since the 2008 financial crisis.

On the ground at Harrcroft, that means an additional $15,000 expense over last year’s costs.

Above-average commodity prices have kept pace with the increase in fertilizer price, slightly easing the pain for farmers, but Harrop said many are hoping to break even this year, considering rising input, fuel and transportation costs.

“This is the year where if you have what I call ‘little nutrient factories,’ meaning livestock, on your farm, you are definitely [at] an advantage,” Harrop said, adding they’re looking at balancing 90 per cent of their nutrient needs with manure.

Fertilizer Canada vice-president Clyde Graham says like all commodities, fertilizer markets are driven by a supply and demand relationship.

Last fall, prices began rising against a backdrop of stressed supply chains, extreme droughts, restrictions on exports from China, and the ills of a global health pandemic.

Russia’s escalation to full-on war in Ukraine in February, followed by western sanctions on Russian goods last month, have tightened the market further at a time when global demand for food and commodity prices are high, culminating in exorbitant prices. 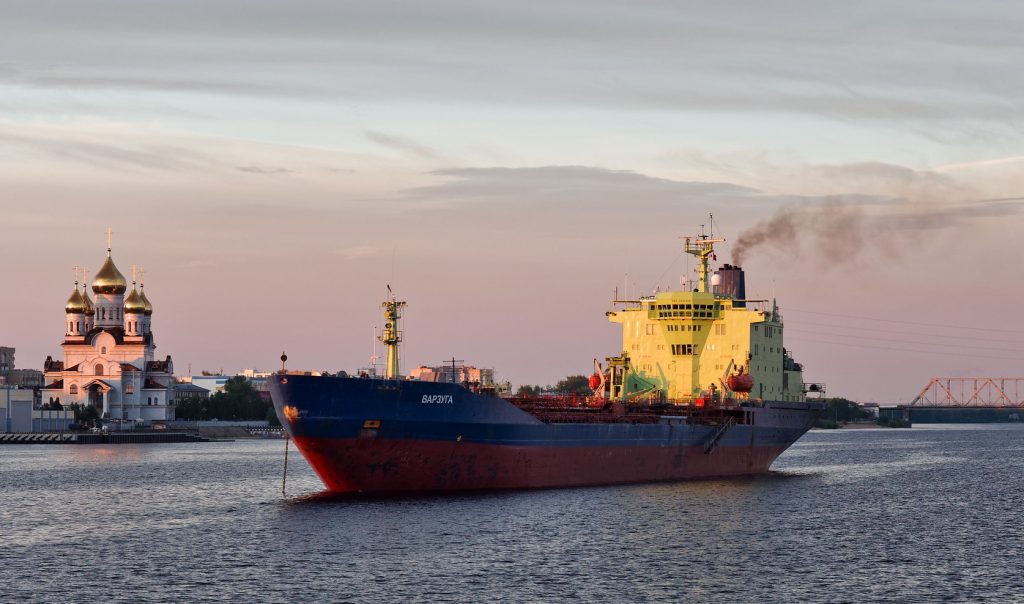 On March 3, the federal government imposed a 35% tariff on Russian and Belarusian goods, including fertilizer, not already en route to Canada prior to March 2. Russian-owned or registered ships are also banned from this country’s waters.

According to The Fertilizer Institute, Russia is the second largest producer of the world’s ammonia, urea and potash.

Canada is home to around 20 nitrogen fertilizer plants, running day and night to produce the fertilizer soon to be broadcast on fields domestically and internationally, according to Graham.

But with most fertilizer production occurring in Alberta and Saskatchewan, the Canadian domestic market has an east-west divide. 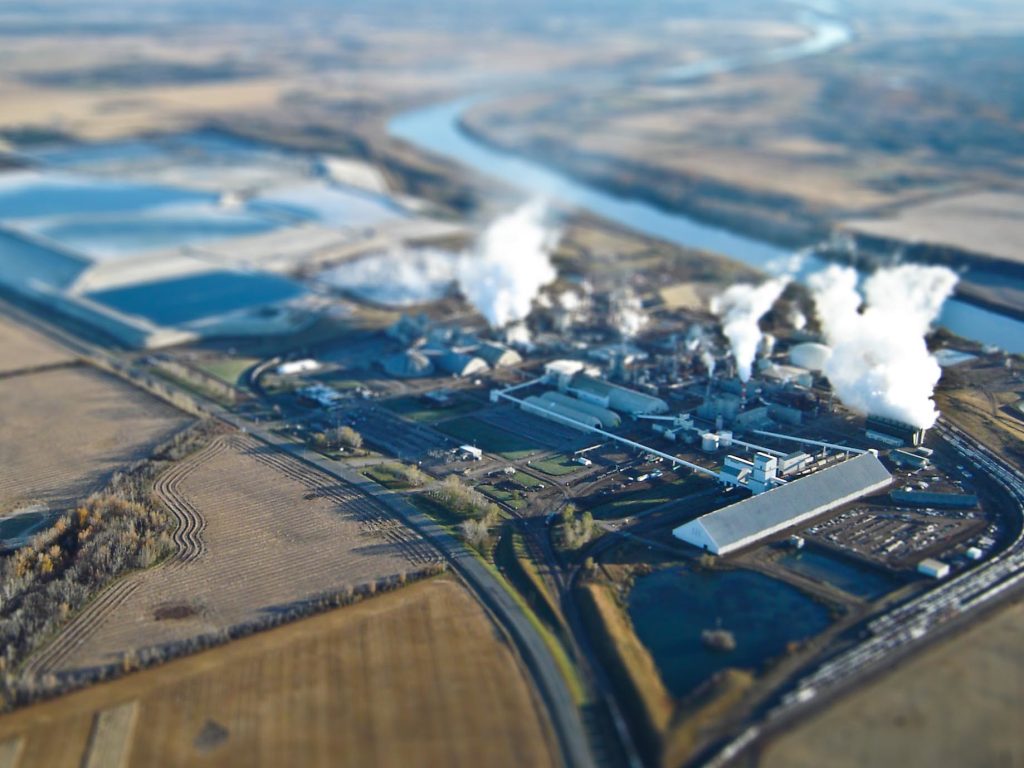 Converting atmospheric nitrogen into usable fertilizer is an energy-intensive process, known as Haber-Bosch synthesis, that is heavily reliant on natural gas – a significant contributor to the price of nitrogen fertilizer. Pictured is a fertilizer plant in Alberta, Canada. (Creative Commons photo)

Prohibitively high rail freight costs make importing fertilizer on ships from Russia and elsewhere, through the St. Lawrence Seaway, a more cost-effective option in the east.

“Canada has tremendous resources in terms of potash deposits and reliable, cost-effective natural gas and our production facilities are among the best in the world,” Graham said. “There are opportunities to increase production but we just can’t do it overnight.”

Graham predicts western Canada will have sufficient nitrogen supply, with some potential shortages in eastern Canada, but said he’s optimistic the market can meet everyone’s needs – albeit at a much higher price.

Last fall, many farmers forecasted their fertilizer needs and locked in a price with a supplier for the following spring.

Harrop said she believed, at the time, prices wouldn’t go higher and held out for a better price – a decision she now regrets.

“We talk about local farming, but farming is very global in terms of where supplies come from,” she remarked.

Fertilizer suppliers also have to gamble. If tonnes are bought now for a high price that later declines, sales are a loss.

“The fertilizer market is so fragile, and that’s the problem: any little blip causes a big reaction,” said Greg Hannam of Woodrill Farms.

Staff there have spent much time fretting over the numbers but are able to predict what long-standing customers will need based on historical trends.

“We make sure that we acquire a supply at the price that we’re going to set for the fall that would meet that demand,” Hannam said.

In tumultuous times, manufacturers also begin capping how much a supplier can purchase, preventing market hedging. 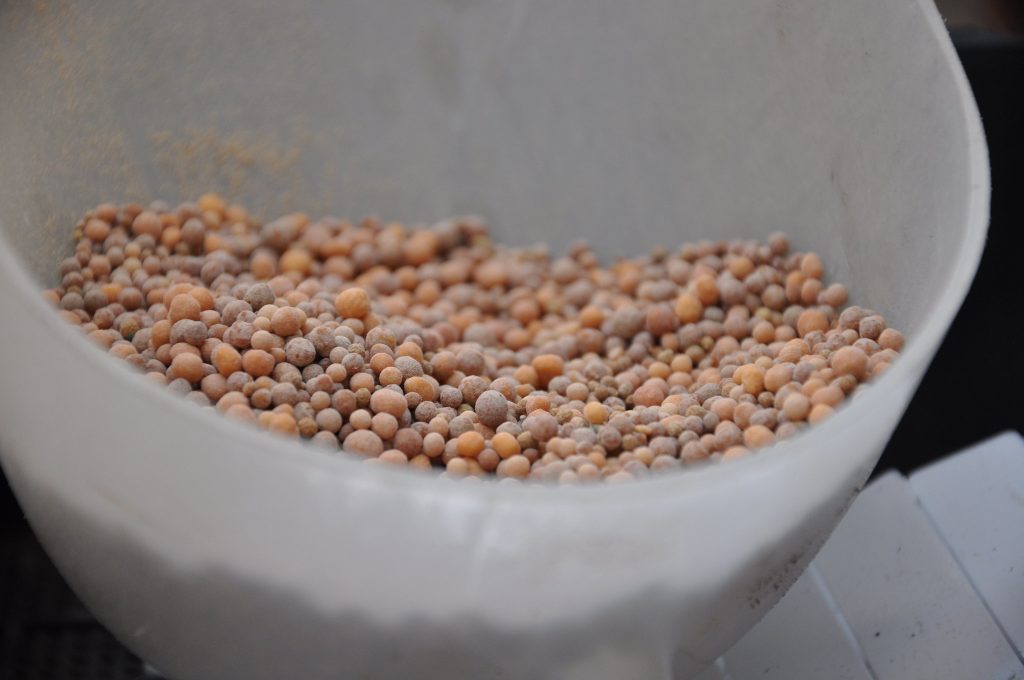 During the 2008 financial crisis, Greg Hannam of Woodrill Farms said many farmers dropped fertilizer application by 30 per cent to reduce input costs. He suspects many will do the same this year, trying to balance out a lower yield against a strong price. (Creative Commons photo)

In storage sheds, warehouses or sitting on boats in Hamilton’s harbours, Hannam assured there is “enough fertilizer to plant the crop in the spring in Ontario.”

During the ‘08 financial crisis, Hannam said many farmers dropped fertilizer application by 30 per cent to reduce input costs.

He suspects many will do the same this year, trying to balance out a lower yield against a strong price.

“There’s still an opportunity to make some margin … but you have to do your math pretty tight.”

Out of the 14 different nutrients plants require, only nitrogen is produced synthetically, said Manish Raizada, a crop geneticist and professor in the department of plant agriculture at the University of Guelph.

Converting atmospheric nitrogen into usable fertilizer is an energy-intensive process, known as Haber-Bosch synthesis, that is heavily reliant on natural gas – a significant contributor to the price of nitrogen fertilizer.

It’s still early days, but Raizada is working to find a natural gas alternative using microbes that convert nitrogen in the air into usable fertilizer.

He said short-term bandage solutions are needed for farmers who are “always on the margins” and suggested implementing fossil fuel subsidies during price spikes to “prevent these short-term disasters from happening.”

“There’s no reason to think that [this] won’t happen again in the future,” he added, calling the present scenario a “perfect, terrible storm.”