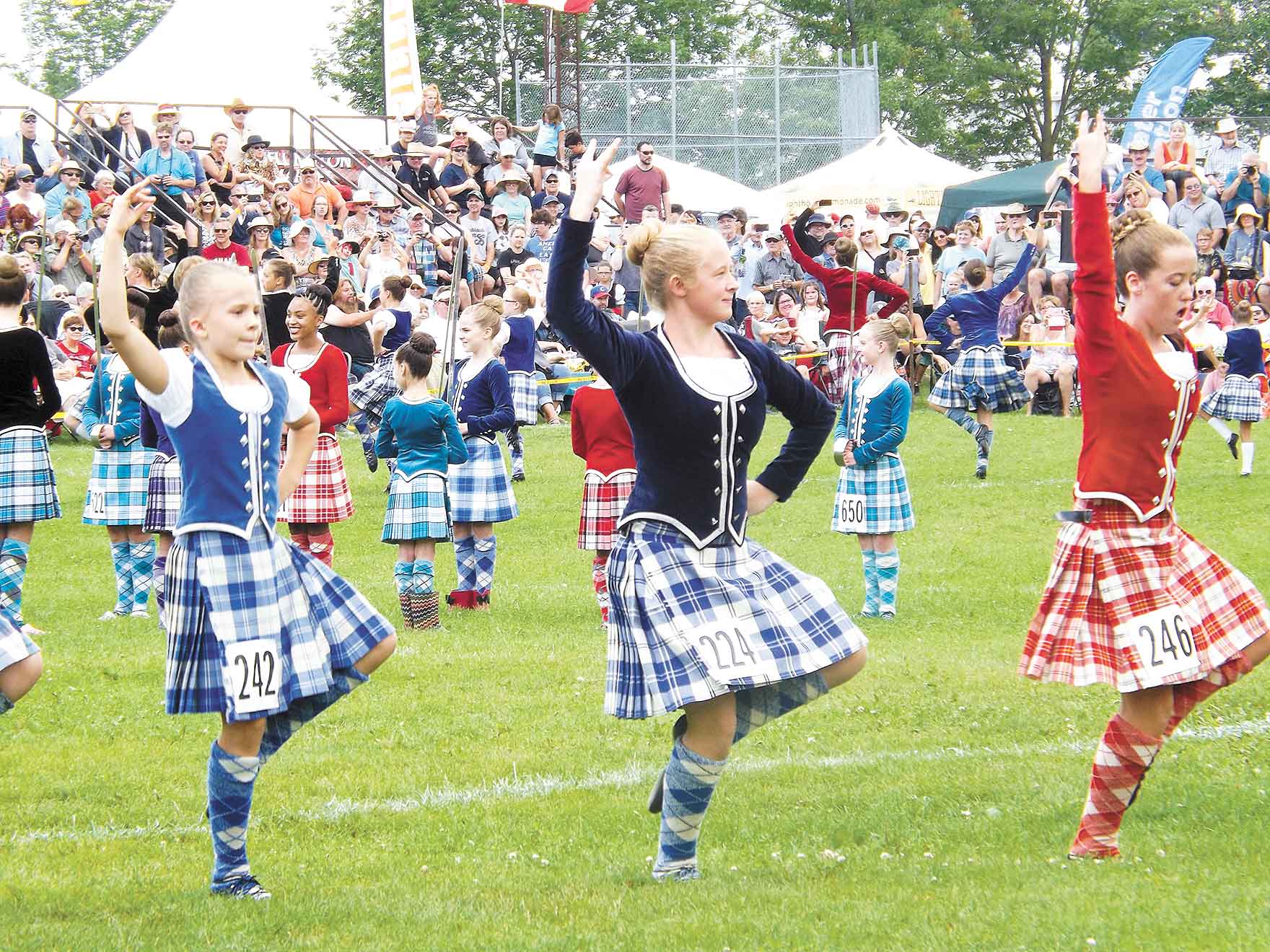 Fergus Scottish Festival - Highland dancing is crowd pleaser at the annual three-day event and one of the four pillars of the festival.
Advertiser file photo

FERGUS – Visitors to the 74th annual Scottish Festival and Highland Games will be treated to traditional ceremonial favourites and some modern twists Aug. 9 to 11.

This year organizers of the three-day event have launched an app that will allow visitors to plan out their weekend. The app will also provide visitors the option to buy tickets online and check out the festival’s social media accounts.

It is just one of the ways organizers responded to visitors needs, says festival vice president Lee Puddephatt.

“We are trying to be as responsive as possible to our festival-goers so every time they request something we try and incorporate it,” she said.

“Last year we had 20,000 people show up over the course of the three days, so we are hoping to at least match that,” said Puddephatt.

Another way the festival is looking to draw a large crowd is by reintroducing a past favourite: the author series.

The author series was featured at the festival in the 1990s with Diana Gabaldon, author of the Outlander series that went on to have world-wide success.

For the relaunch of the author series this year, the festival will feature two writers of young adult fiction: Elizabeth May and Claire McFall.

May is the author of the young adult fantasy trilogy The Falconer (including The Falconer, The Vanishing Throne and The Fallen Kingdom) as well as short fiction published in the anthology Toil and Trouble, and the upcoming adult sci-fi novel Seven Devils.

McFall is a writer and former English teacher who lives in the Scottish Borders. The Ferryman trilogy is based on the Greek myth of Charon, the ferryman who transported souls to the afterlife.

The first novel in  the Ferryman series was shortlisted for the Scottish Children’s Book Awards and long-listed for the UKLA (UK Literary Association) Book Awards, as well as nominated for the Carnegie Medal. Film rights for Ferryman have been bought up by Legendary Entertainment.

Other crowd favourites coming back to the festival include Ashley MacIsaac as the Friday night musical guest.

“This year, as with every year, we really focused on the traditions of the four pillars, so our heavy competitions, pipes and drums, dancing and our heritage and clans, so we really want people to get that piece of Scotland,” said Puddephatt.

“We want [visitors] to come and enjoy their time but really feel like they have experienced a piece of Scottish culture.”